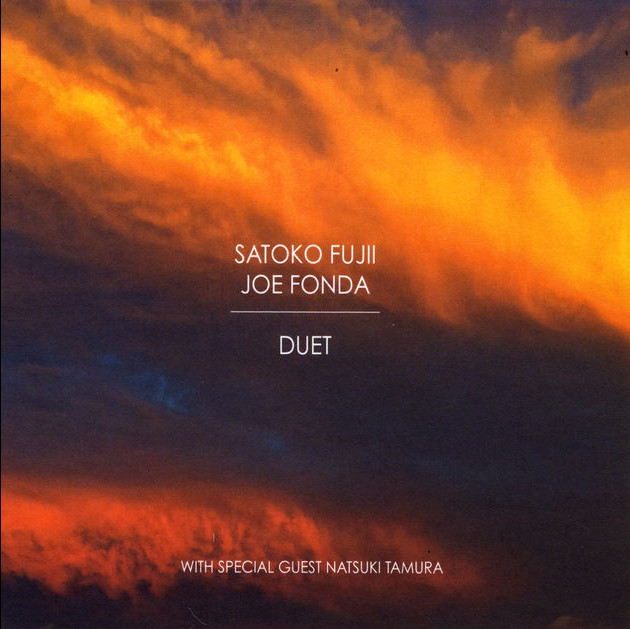 For the attentive reader of Exposé, pianist, composer and bandleader Satoko Fujii needs no introduction; her work in jazz, classical, and free improv has been documented and reviewed in dozens of releases, solo, in collaboration with her partner Natsuki Tamura, and in various ensembles small and large throughout the last thirty years. Virtuoso bassist Joe Fonda may be lesser known to our readers, though his work performing with a number of jazz groups (Barry Altschul’s 3dom Factor, Joe Fonda’s Bottoms Out, Conference Call, and dozens more) and as a sideman (Anthony Braxton, Carlo Morena, Wadada Leo Smith, and many more) is highly respected throughout the jazz world. While Fujii was in New York at the end of 2015, Fonda reached out and organized several duet concerts, the music at hand being taken from the second of those concerts on November 20 in Portland, Maine. The opener and centerpiece of Duet is the 37-minute improv piece titled “Paul Bley,” obviously a nod to the great, late Canadian jazz pianist, who was still alive at that time. Throughout, Fujii and Fonda are on fire, a magical rapport existing between them that flows effortlessly as the two proceed along their telepathic journey, each seeming to anticipate the next move of the other. For the second set, they are joined by trumpeter Natsuki Tamura for a shorter 11-minute improvisation “JSN,” which begins in more measured and relaxed territory, with Tamura’s trumpet and sound effects (with Fonda joining in on flute at one point) adding another new dimension to the proceedings, and quite a change from the earlier piece. All taken, these two sets captures an amazing evening of pure improvisational magic.

Øresund Space Collective - It's All About Delay – The ØSC web site states “totally improvised space rock!” That was quite evident on their debut release reviewed in Issue #34. A lot of “water has passed under the bridge” since then (10 CDRs...  (2008) » Read more

Sonja and the boys give us the news