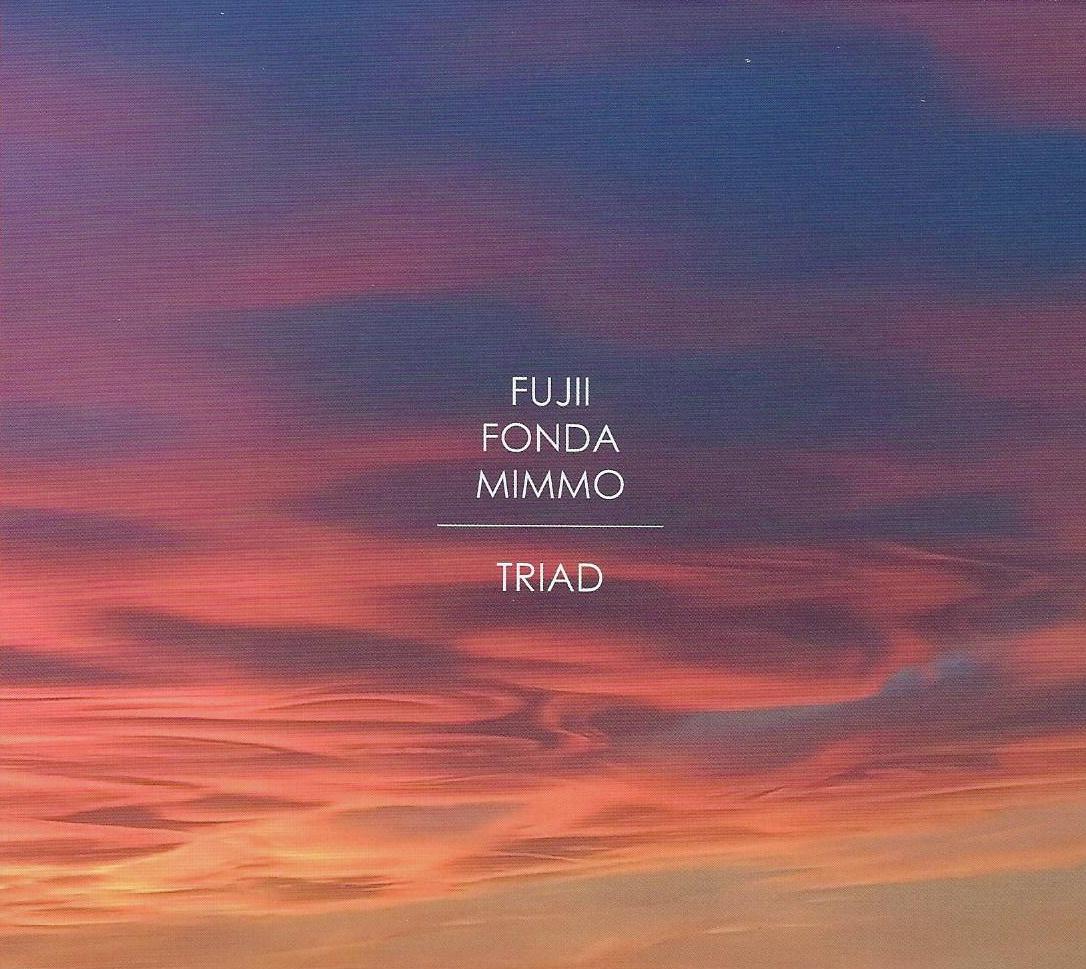 Triad came about as Fujii (piano) and Fonda (double bass & flute) were planning a European tour following their 2016 Duet album, and were in touch with Long Song label owner Fabrizio Perissinotto, who released that album, to find opportunities to perform in Italy. Perissinotto suggested that they collaborate with his friend and sax player Gianni Mimmo while all were available. Fonda and Fujii listened to some of Mimmo’s music and had a good feeling about it, so a concert and recording session were arranged. The concert was on October 8th 2017, their first performance ever, and the recording was done the following day on October 9th at Real Sound Studios in Milano. This sounds like a trio that has been playing together for years, with a deep level of confidence and near-telepathic communication as they freely improvise, and compose as they go. Unlike most other projects featuring Fujii that we have reviewed, there is no trumpet, as well as no percussion, giving Triad a very different sound by comparison, a softer sonic fabric on which their creative consciousnesses coalesce, fully appreciating that each player is adding elements to something that is evolving in their midst, and understanding the value of silence as well, that even in a trio setting it’s important that all players are not playing all the time. Mimmo’s sax blends perfectly with Fonda’s bass and flute, as well as Fujii’s melodic piano punctuations, but whatever is added to their collective canvas is done sparingly and with precision, until every piece of the puzzle magically comes together. The centerpiece here is the 42 minute improvisation “Birthday Girl” (the sessions took place on Fujii’s 59th birthday), and while one can listen carefully and hear the telepathy in action between the three, it transcends much of the chaotic aspects that free improvisation is normally associated with. Yes there is some crazy blowing here and there, but more often it’s the gentle sensitivty that shines through in beautiful colors. Four shorter pieces round out the set for a total just shy of one hour in length. The overallresult here is something very unique and different – yes it is a bit like Duet, but the added element of Mimmo’s sax adds additional color and structure to the overall fabric. Of all the Fujii releases so far this year in her one-per-month 60th birthday celebration, for me, Triad is the most special.