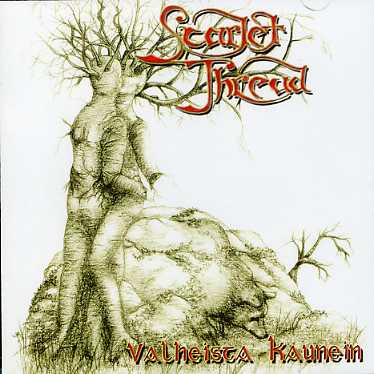 A couple years back Sami Hiltunen, one of the band’s guitarists sent us a pre-release of this, the band’s second album; at that time they had no regular bassist (bass duties shared between the two guitarists) and they had a second violinist. In the two years since a lot has changed: the drummer was replaced, a full time bassist has joined, and the extra violinist has left. As such, the existing songs were re-recorded in more succinct versions with the new membership, and three more songs added. Some may recall our review of their debut Psykedelllisia Joutsenlauluja in issue 29; it was a promising disc full of varied moods and strong melodies, set against a folk-influenced jammy psychedelic backdrop. The new disc lives up to the promise, and sheds some of the jammy baggage in favor of a more refined and tightened compositional approach, though still leaving enough breathing room for individual expression. Still 100% instrumental, they’re rocking a bit harder and even incorporating some jazz elements along with the folk underpinnings. The overall result is more discernible interplay between the two guitarists, with equal lead billing for violin, adding guest flutes for a nice touch on several of the cuts. The new rhythm section has strengthened into a more formidable unit, yet the shifting moods and strong sense of melodic conviction still carry the day throughout these nine tracks. More than ever, it’s time to bring this band over for a North American festival appearance.