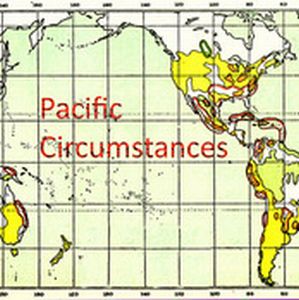 This is the second release by this San Francisco based quartet, their odd name coming from the fact that all four members are trained and working scientists, although that most certainly doesn't detract from their status as artists! The band's sound is solidly in the progressive rock camp, although they tend to operate a bit more in exploratory directions as opposed to standard song-based fare. There's a lot of variety here, both in the stylistically diverse compositions and in the band’s sonic palette, which includes two guitarists, two keyboardists, two percussionists and a bassist among the four players. And did I mention the vocals? There aren't any – this is an instrumental outing beginning to end, which might be a risky proposition for any group of musicians less skilled than these, but ScienceNV is more than up to the task. While the ten-minute "Conflicted" might sport some Crimsoid influences, and bits of other tracks may recall the approach of Happy the Man, the band remains on surprisingly original turf for most of these eight tracks, often stretching out into composite suites with interconnected ideas and shifting meter and modalities, even crossing into introspective or ambient territory at times. It might take more than a single listen for Pacific Circumstances to enter your consciousness, but repeated plays will reward.