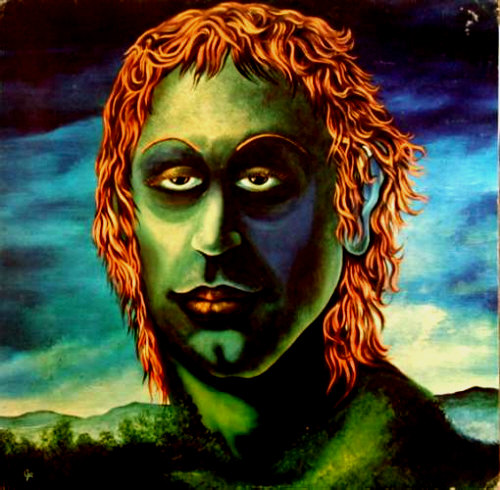 Some of the most ambitious albums of the time weren't recorded by long-time, veteran musicians, and Semiramis' sole album was something of a triumph for the way a bunch of guys that were mostly teenagers could put together something of such creative brilliance. Semiramis were a quintet of musicians who were right on the forefront of the Italian symphonic progressive wave in 1973 who created an album full of four and a half to six minute tracks that were rife with a great deal of inventive analog synthesizer work and dynamic compositions that ranged from dark Crimson-esque dissonance to PFM like romantic passages, each change in direction exciting and unexpected even over multiple listens. There are so many ideas on this record that they could have easily stretched this out another 20 minutes, but instead each piece is stacked with time and key changes that seem to be all about moving the composition forward. The synthesizer tones buzz and crackle in the right ways and very few of the tones are the same along the length of the album. It's a shame the band didn't stay together after this to see how they could have evolved from such a brilliant start, but as know Italy was rife with these kind of one-offs. This is easily one of the best of them.

Originally released on the rare Trident label, Semiramis have a very high reputation, and with good reason – their only album is a superb classic, and one of the most essential of the 70s Italian reissues. Semiramis were a quintet with two guitarists and made a gigantic symphonic sound full of very unique song structures, rich analog synthesizers, compelling vocals, and great dynamics. For an album of relatively short songs (an average of four to six minutes,) this quintet pulled this off admirably. Semiramis' mix was incredibly rich and powerful with dazzling displays of virtuosity from all musicians involved. One of my all time Italian favorites, this is a timeless album and one of Vinyl Magic's very best reissues.

Fear of Dolls - All Monsters Eat Children – This Seattle area four-piece plays in a song oriented style, somewhere along the alternative-gothic-noise axis, the vocals typically heavily treated and guitars shimmering in an almost-psychedelic...  (1997) » Read more