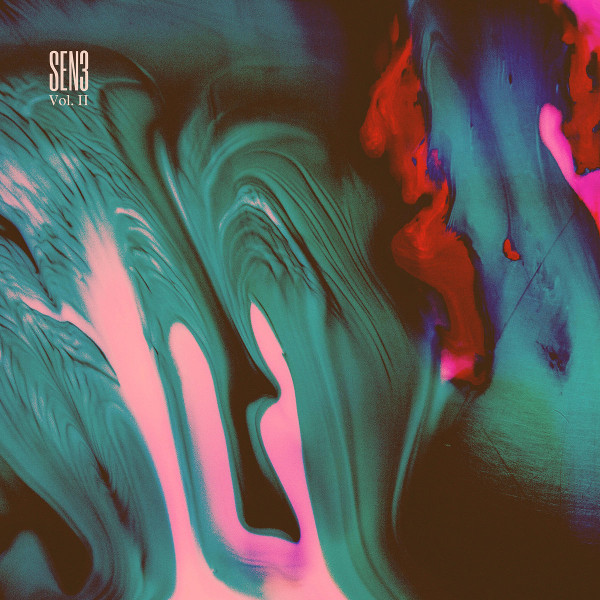 SEN3 is a Brit jazz-rock instrumental band consisting of Max O’Donnell (guitar, synths, kalimba, and metallophone), Dan Gulino (bass and synths), and Saleem Raman (drums and percussion). Individually they have been in demand as sidemen for the likes of Dave Gilmour and Pigbag, and in 2017 they decided to record and release their debut album The Drop. For their second release, appropriately titled Volume II, they melded their jazz sound with prog and psych rock elements. Fruits de Mer helped them release Volume II on vinyl with only a limited run of 150 copies that rapidly sold out. So an instant rarity! The six instrumental tracks showcase the skills of these three musicians. The album opens with “Night Pay,” a cool laid-back urban prog-jazz fusion track with extremely tasteful guitar playing in the vein of Pat Metheny. The second track is “The Keeper,” that goes in a different direction with a funky bass line, pseudo-dub, and a bit of Ozric Tentacles. The third track, “Sumac,” shows another side of the band with rapid jazz fusion and an Alan Holdsworth flavor. Then the mood shifts again with “Pigeon” and its slow reverbed guitar over a rapid tempo. Track number five, “L37,” is back in psych-jazzy-dub Ozric Tentacles territory with a bit of a Western flare. These first five tracks are in the seven to nine minute range, with the album closing with short one minute track “End,” a freaky and trippy little prog jazz instrumental. Quite a tasty slab of vinyl!