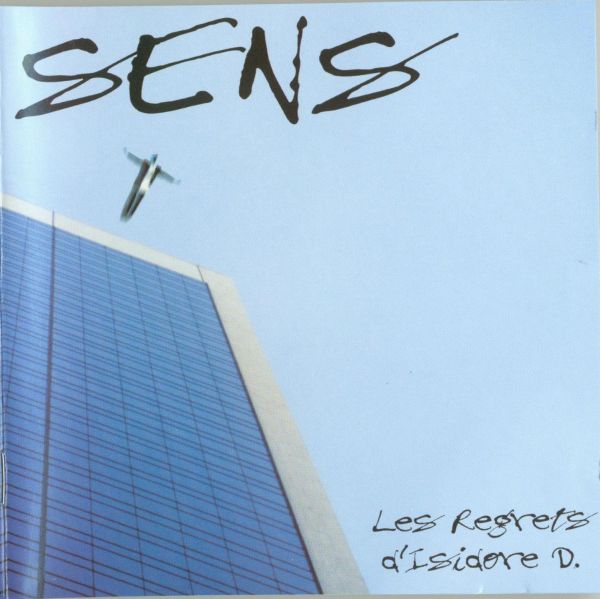 It took me a little while to warm up to Sens, but once I did, I found myself listening over and over again. The first thing a listener notices about the band is the dramatic singing of Pascal Bouquillard, the lush array of keyboard sounds, and the melodic lead guitar, but what hooked me in the end was the drumming of Stéphane Geille, strong and inventive, full of subtle rhythmic flourishes. The arrangements feature many atmospheric touches courtesy, I suppose, of Vyncent, credited for “every single funny sound or noise you will like.” Comparisons with Ange are inevitable, and it’s not just the fact that it’s progressive rock with French lyrics. The sense of dynamics is similar, the knack they have for taking a long piece and building tension, releasing it, and building it again. Luckily Ange’s warbly organ is nowhere to be heard. The seven tracks range in length from “Sagesse” at a little over two minutes to the 24-minute “La Bête du Gévaudan.” My favorites are the opener, “Marthe à la Niut,” which goes from a quiet string synth intro to a beautiful twin guitar lead to a cooking riff in seven, and “Jeu de Patience,” which provides some of the most aggressive playing on the disc. Vocalist Bouquillard has an impressive range and a highly dramatic delivery, not something you can have in the background and half-listen to. He plays bass, and shares guitar and keyboard duties with the aforementioned Vyncent and Benoît Campedel. It’s been a long time since a French prog band caught my attention, but Sens could be a long-term fave if they keep putting out albums as good as this one.