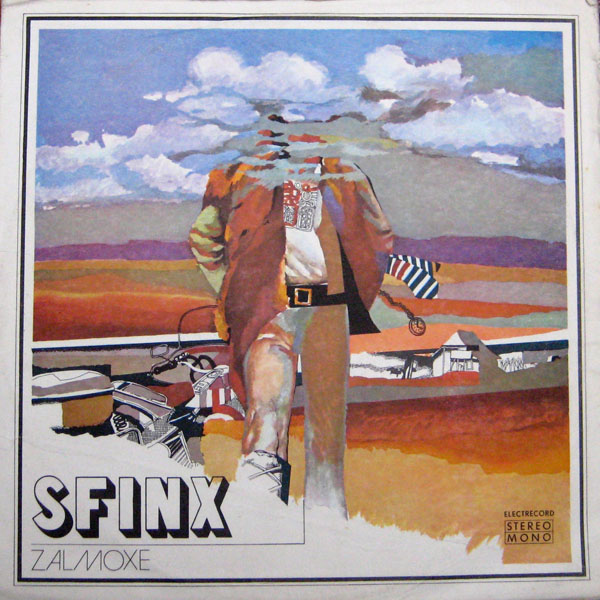 This one caught me completely off guard. I'd never even heard of this excellent Romanian band before the CD reissue — which made it for all the nicer surprise. One has to be somewhat impressed when encountering a prog band from the late 70s that sounds nothing even remotely like ELP, Genesis, Yes, or Floyd, or for that matter any of the other well known bands that had gone before them — in fact they sound like no one else. At moments, remote comparisons might be made are to Czech band Progres 2, Minimum Vital, or Eloy, but truly these guys had a sound of their own. Their sound is dramatic and melodic, with keyboards prominent — yet this is not a band where the keyboardist does everything and the other members are relegated to a support role — the entire band plays together well in all areas of the mix, in lead and supporting roles at various times. The guitars are surgically applied, either as solos or as an extended function of the rhythm section. The band has some great vocal arrangememts and harmonies, yet only one member (guitarist Dan Andrei Aldea) is credited as vocalist... All the song lyrics are sung in the band's native language. Each track involves extended arrangements and many changes, but it's interesting to note that few of the songs exceed the five minute mark — but many are strung together into near-sidelong suites. Drummer Mihai Cernea is the one band member who seems able to control the overall energy at any given moment, knowing exactly when to play exactly how and when not to play at all. He guides the music through symphonic meadows to rocking peaks, ocasionally crossing points of accessibility. Together with bassist Corneliu Ionescu, they keep a tight rein on the overall dynamics, while keyboardist Nicolae Enache creates a variable-density wall of sound, sometimes with the backing vocal harmonies as support. Lead parts are handled by synth, guitar, or vocals, presumably all handled by Aldea. All taken together, Zalmoxe is a forceful album, full of great surprises and stunning moods. There are four bonus tracks added for the CD reissue; these (with the notable exception of the first) are generally more commercial sounding — possibly singles from another period, and would have made the flow of the CD just a little better had they not been included.

Sangiuliano - Take Off – An amazing album from 1978. Tony Sangiuliano was a one man keyboard show, assisted only by a drummer and female soprano; he could well be thought of as Italy's answer to Heaven and Hell period...  (1994) » Read more