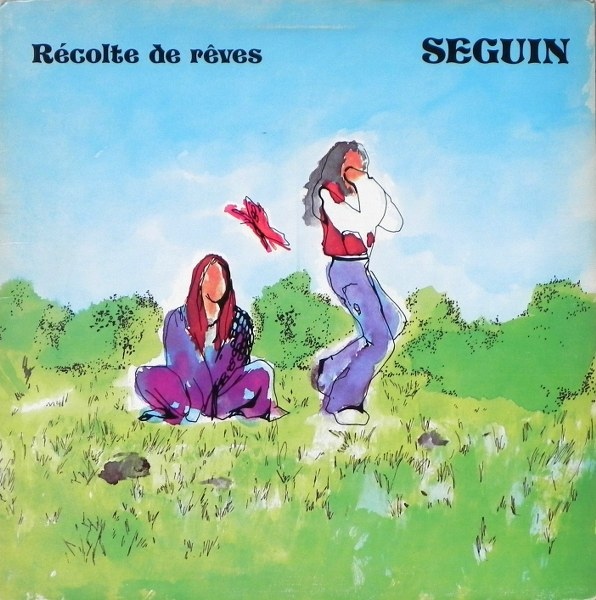 Quebec, 1975. Like many other places in the world, a popular trend was to get back to the earth, to get back listening to the heart in a simple way, far from the concerns of cities and the humdrum of frenzied thoughts. The back-to-earth movement. When done with a surprising sincerity, with a musical dedication, this gives one of the nicest setting for a delicate web of recorders, mandolin, acoustic guitars, violin, bassoon, flute, bass flute, upright bass, all fronted by the superb voices of the Séguin twins, Richard and Marie-Claire. A folk album, orchestral at times, mostly tranquil and pensive, with a sense of contemplation of things inside paired with a sweet expression of dedication. This gives Récolte de Rêves, the third Séguin album out of a total of four, an aura of solace that may very well span years and generations due to the sincerity with which the music was composed, sung, and played. A strong album, to be filed with the first Gryphon album, as well as Mellow Candle and other folk-oriented albums finding their way amongst progressive rock amateurs.

Chris Cutler - Twice Around the Earth: An Experiment in Listening – The subtitle “An experiment in listening” pretty much says it all. This is not so much a Chris Cutler solo album per se, but instead two suites (for lack of a better term) each comprised of a...  (2006) » Read more