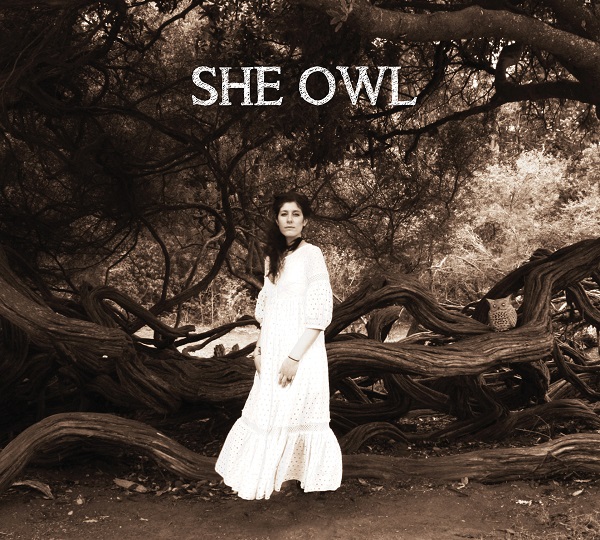 There's something to be said for the simplicity of a songwriter just sitting at a piano and singing his or her songs. When it works, the directness and intimacy can be very affecting. Of course, if it doesn't work, it can be pretty horrid, but that's true of any type of music. She Owl (formerly known as Jolanda) is an Italian singer who gets it right on this set. The piano playing isn't flashy, and while the singing isn't full of pyrotechnic power and acrobatics, her voice has a warmth and a depth of expression that many more technical singers could learn from. Her low register is particularly strong, not so androgynous as Happy Rhodes, but deeper in tone than Tori Amos or Kate Bush. The opener, "Homewoods," sets the mood immediately with ambiguous chords that don't settle into a single key, and her low breathy tone conveys a melancholy feeling. Some very subtle atmospheric electric guitar from her partner Demian Endian sneaks in, hardly there but expanding the palette very nicely. The title track adds some sparse percussion for emphasis, along with some little flourishes on the piano to contrast with the fourths and fifths in the basic chords. Most of the parameters of the set are in place now, and it's a matter of mixing them up for variety. "Over the Bones" is a favorite, with a bouncy 3/4 rhythm and beautiful vocal harmonies in its break. She takes advantage of the freedom afforded by working solo to vary the tempos in songs in ways that would be awkward for a band. "Decembers" has a delicate verse and a chorus at a faster tempo. A few tracks, like "Behind the Stars," find her switching from acoustic piano to electric — another way she uses to maintain interest over the course of the album. You'll also find bits of autoharp, ukulele, toy piano, and even gamelan scattered here and there. All in all, a lovely set of tunes to get lost in, a magical place where a beautiful voice wraps you in a soft embrace and tells you it's okay to be lost and not afraid.