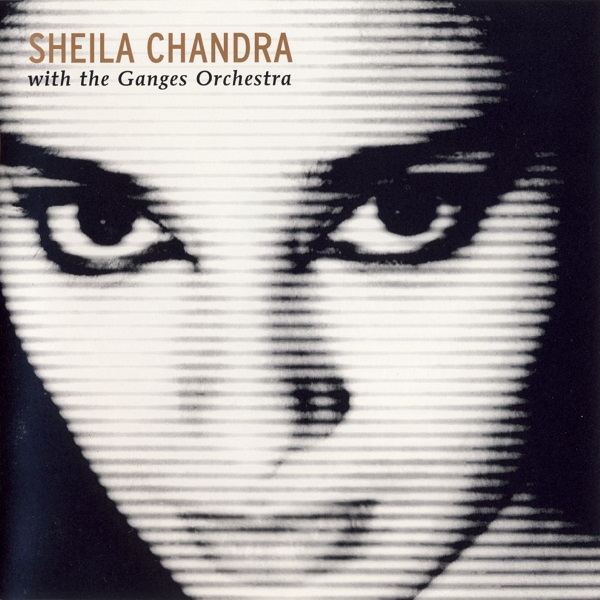 Throughout the 90s, Sheila Chandra recorded albums of solo voice, basically drones with refined, studied melodies and tones above them. That was interesting enough (since I love her voice), but lacked a certain variety that the presence of other instruments would give. In 1999, her long-time collaborator Steve Coe suggested recording a series of EPs under the Ganges Orchestra moniker of a less serious nature, more experimental and without the freight that has come to be attached to recordings under Chandra’s name. As she was just recovering from a serious throat ailment, the project seemed even more appealing, a way to get into the studio without the intense workout her own music entails. Once she heard the recordings, she started getting inspired, and ended up contributing so much that they are now released under her own name. The pieces range from the lengthy, serene drone of “AboneCroneDrone 7,” a reworked outtake from her 1996 album, to the jittery percussive samples in “Is,” which are a bit abrasive, like experimental electronic music. “Mien” features Chandra’s speaking voice in the Kazak language, backed by sparse piano and floating chords; “Not a Word in the Sky” features treated and distorted narration in English with elusive backing tones fading in and out. In the extensive liner notes, she promises that this CD foreshadows a return to collaborative work with other musicians, something I applaud heartily.

Emily Bezar - Exchange – With Exchange, California singer/songwriter/keyboardist Emily Bezar has produced her definitive (so far) musical statement. The elements that have contributed to her past releases (progressive rock,...  (2008) » Read more

If Time Isn't Here, Where Is It?