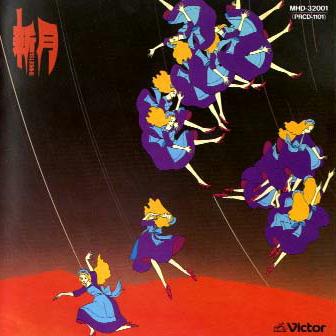 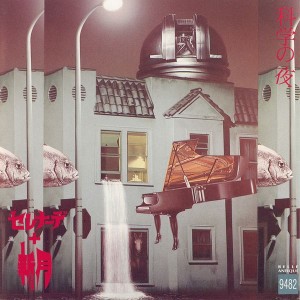 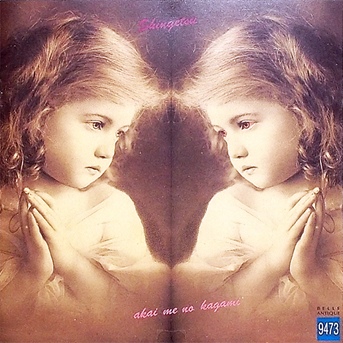 Shingetsu was one of the classic Japanese symphonic bands, and their self titled Shingetsu album from 1979 is highly regarded, and often compared to classic period Genesis, if only for the ten minute opener "Oni," which recalls albums like Nursery Cryme and Foxtrot. The band is fronted by vocalist Makoto Kitayama, whose deep voice is uncommon among Japanese singers. After that opening track, the band quickly finds their own unique style – and while Genesis is definitely an influence (among many others), this band offers far more originality than most among the Japanese symphonic bands. The delicate interplay of acoustic guitars contrasting with heavy symphonics, thick keys, lush Mellotrons, and sudden dynamic changes brings their sound close to bands like Änglagård at times, yet they frequently take a more accessible path during the vocal passages. Unfortunately, the band left behind only this one album, two members left for Aquapolis, while two others turned up later in Asturias, and Makoto went on to record a solo album.

Last year, two special collections of live/archival Shingetsu material were released. The first, Night Collector, covers the early years (although no specific dates are offered) and even includes five tracks by an early (circa 1976) version of the band called Serenade. The sound quality on the earliest material is fairly rough, but improves as the album goes on.

The other is Akai Me No Kagami, which consists of live material taken from one concert in July 1979, and includes three previously unreleased tracks for a (presumed) second album, including the twenty-one minute title cut. This is much better sound-wise, and gives a good idea of the power that the live band packed at their peak period. [This material was later included on Musea's Live release. - ed.]

The Bass Gang - Evasioni, Fughe & La Contrabbassatta – Alberto Pocini is a double-bass player from Italy who's played extensively in his homeland as well as with the London Symphony Orchestra. Pocini's After Genesis project attests to his varied musical...  (2007) » Read more