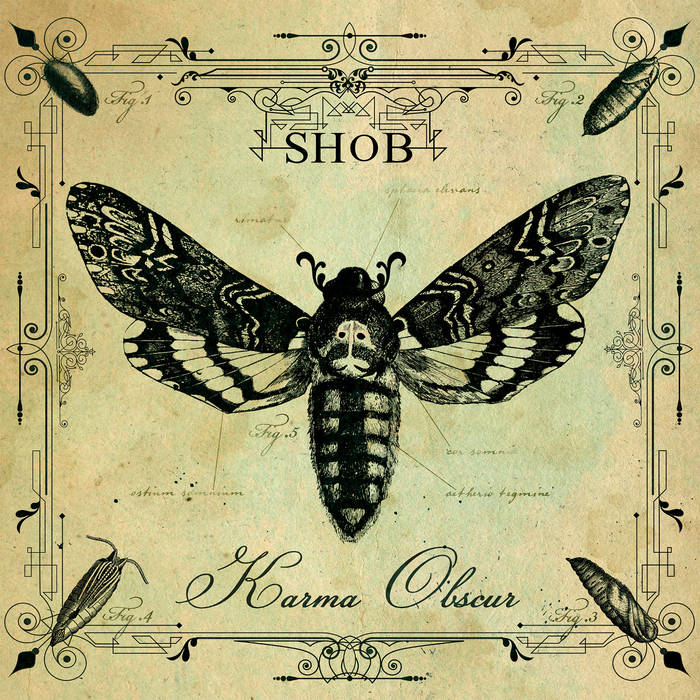 You may have not heard of French bassist Shob before, but the spting 2018 release of his second album Karma Obscur should help pave the way for further recognition. He has previously collaborated with the likes of Roger Biwandu of Zawinul Syndicate, Patrick Bebey, Patrick Rondat, and PapaGuyo of Sly & The Family Stone. His pyrotechnic bass playing style will be inspirational for any player of the instrument, and likewise the other players he has surrounded himself with for this endeavor are of the same high caliber. The central style of the thirteen tracks herein is hard funk with a solid groove, informed by a number of other elements including metal, soul, beatbox, progressive rock, and fusion. The opening statement “Hors d’Oeuvre” will treat the listener to Shob’s skill as a player’s player. While Morgan Berthet from Shob’s regular touring lineup plays drums throughout, he has a variety of guitarists playing with him, track depending (including live touring guitarist Denis Cornardeau), similarly touring keyboardist Tony Lavaud plays only on three of the cuts, the remaining tunes rounded out by three other players. Add to that two different singers (most of this is instrumental oriented), trumpet, trombone, sax, and more percussionists. With the second cut, “Straight Ahead,” we go right into what feels like Herbie Hancock territory, sporting a deep and relentless funk groove until the guitars and electric piano step in to give it further direction. “Except I’m 65” brings on a lighter jazz-soul sound with some excellent androgynous vocals from Laurène Pierre Magnani before it erupts into an all-out driving shredfest. “Enclosures” is an impressive funk and fusion workout hinting at some fine progressive rock with a driving horn section, perhaps my favorite piece on the entire album. And so it goes with nearly a dozen more tunes sporting exceptional quality and musicianship, and surely to leave a lasting impact on the listener.