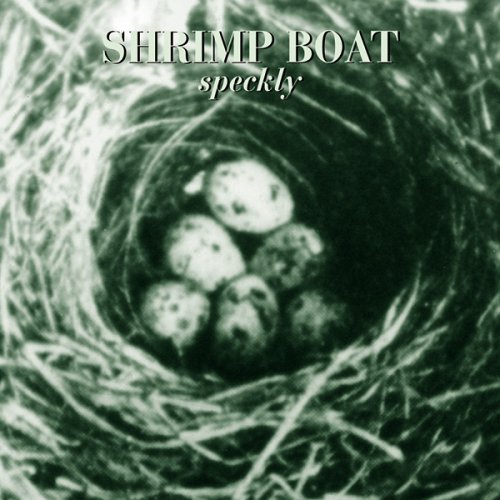 Chicago’s Shrimp Boat exemplified a regional lo-fi approach which was championed by late 80s bands such as Camper Van Beethoven, REM and the Replacements. Where many alternative rock acts appeared on the surface to be light on technical proficiency they made up for it admirably in a friendly hodgepodge of ideas that varied basic song structures informed by an amused slacker demeanor. This is the first time the band’s first LP has been reissued on CD as part of Steven Jeorge’s archival series (which also resulted in the fine 4 CD boxed set Something Grand). Oddly enough the initial band line-up also included the band’s engineer as full member probably due to the basic live mix which captured them in a starkly honest light. Tracks such as “Seven Crows” corner much of the same type of zany fun CVB exuded on classic pieces such as “Take the Skinheads Bowling,” while others like “Melon Song” predate the minimalist Seattle grunge sound in a jangly fashion (with some choice backwards guitar loops in the backing track). Other more goofy songs such as “Lemmings Leap” veer toward similar instrumental ventures to Fred Frith’s pop exercises of the time. The quintet could serve up a slightly twisted folk ballad (“An Orchid is not a Rose”) or a country swing attempt (“Hyatt Ridge Circle Dance”) giving each equal priority and whimsy. Overall the band obviously had fun making the disc in the studio and it should be apparent to the indie crowd who flock to recordings such as this.