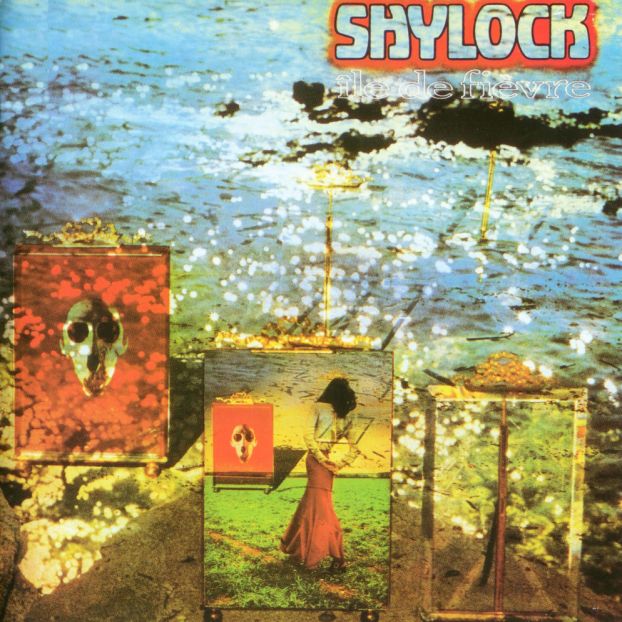 Finally, this reissue has arrived. Rumors of Musea releasing this French symphonic masterpiece can be traced back to as early as 1992. When Shylock's first, Giarlogues, was reissued a few years back by Musea it seemed their second, Île de Fièvre, would not be far behind. But, who cares, it is finally here, hallelujah! From the opening Elka strains of the title track to last spacey moments of the epic "Laocksetal," this four-piece band maneuvers through some tricky symphonic territory and does so always with precision, ambition, and masterful craftsmanship. Finer examples of symphonic prog-rock from this era cannot be found. The 13-minute title opus is worth the price of the disc itself, with its fluent Minimoog lines by Didier Lustig and soaring guitar leads from Frédéric L'Épée (currently of Philharmonie). The shorter middle pieces between the monster bookends are more abstract and ambiguous pieces, but they certainly showcase the band's maturity and giftedness at sculpting various moods. As a bonus, Musea have appended the original CBS album with one bonus track, of (much) lesser sonic quality, but musically every bit as exciting, and representing the band in the last stages of its brief existence. All French, all instrumental, and all outstanding. If there is only one reissue you purchase this year, this should definitely be the one. Enjoy!

Recording their second album in 1978, Île de Fièvre, Shylock finished their musical career with a tour de force. The six tracks from the original LP are a collection of superbly crafted symphonic rock combining influences from Rick Wakeman, Genesis, Gentle Giant, King Crimson, Zappa, and Heldon. Musea also included a seventh bonus track recorded a year after the album, just as the band was breaking up. This track, "Le Fernier," does not have the sonic clarity of the rest of the album and Shylock’s performance is subdued in comparison. As usual, Musea provides extensive liner notes covering Shylock’s history from Gialorgues to the band split in 1979. An excellent release that closes out the chapter on one of France’s finest bands of the 70s.

Yes - Songs from Tsongas – Yes' management has done a pretty good job documenting the various incarnations of the group since the botched Keys to Ascension reunion shows from 1996. Ensuring the classic line-up was intact was...  (2007) » Read more

Barclay James Harvest - Time Honoured Ghosts – After leaving the Harvest label, BJH met up with U.S. Producer Eliot Mazer (Neil Young) who recorded the band in San Francisco in the summer of 1975. The quartet was on the upswing with bassist Les...  (2005) » Read more

AdiB - Spinning Like a Top – AdiB is an Italian quartet (bass, keyboards, guitars, and drums) formerly known as Assolo di Bongo who released their first album in 2001. Their new album, Spinning Like a Top, contains eight original...  (2008) » Read more

Il Balletto di Bronzo - Ys (Original & English) – Ys is certainly one of the more controversial progressive rock albums. Many people will tell you not only that it is a classic, but it's often quoted as being the very best of the 70s...  (1996) » Read more

Tangle Edge - Tarka – Always of interest, the Norwegian trio Tangle Edge has been around for quite a while now putting out great instrumental rock. Tarka is a worthy comeback from a band we haven't heard anything...  (1998) » Read more

Tell Me, Maddy, Why Are You Wearing Green Willow on Your Hat?