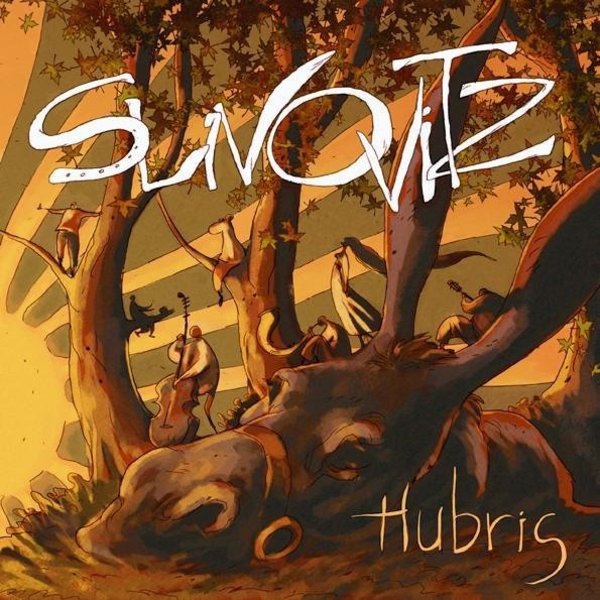 Here’s one of those hard to classify albums that covers a lot of ground but is generally centered in a sort of ethnic area of the jazzosphere, with some nods to Zappa as well as middle-eastern themes, east-European folk music, some Latin American samba stylings, and much more, all rocked up and funky in a tasty stew that is really like no other. The seven-piece hails from Naples and features the requisite electric and acoustic guitars, bass and drums, plus violin, multi-saxes, male and female voices (mostly as effect, although a couple cuts have lyrics), and an amazing harmonica that bolsters the power of the wind section (much in the way that Lee Oskar meshed with the wind section in War), with guests supplying additional instruments wherever the need arises. Every one of the twelve pieces here embodies a high-energy fusion, combining the various elements in differing ways that keeps it interesting and tasty from measure to measure, beginning to end. And each is unique in its approach, some featuring more emphasis on rhythm and punch, others on melody and suave, often all mixed up within the same tune in surprising ways that will keep even the most weary listener engaged for the duration. This is apparently the band’s second release, though the first to reach my ears, and definitely one that I can recommend.