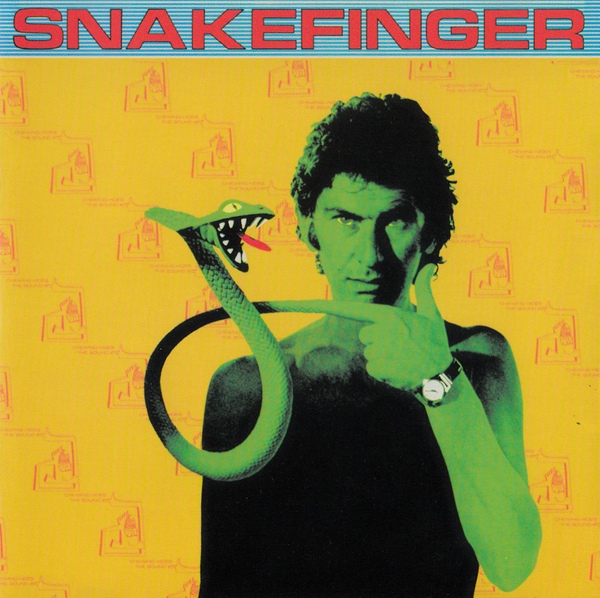 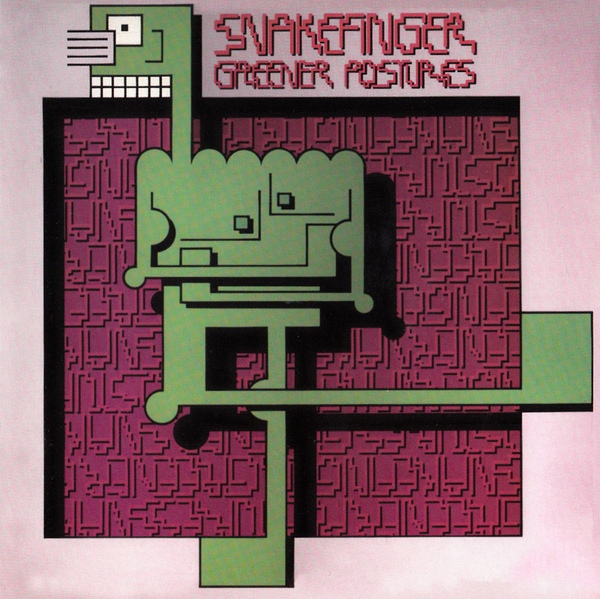 Here we have the welcome reissue of two great albums by Residents’ cohort and collaborator guitarist Snakefinger (AKA Philip Charles Lithman). Many of the songs on these albums were cowritten with the Residents, and there is much stylistic similarity with that group’s recordings of the same period (not surprising since Snakefinger contributed guitar to Duck Stab and others). The dominant sounds are wild, unusual guitar playing (mostly electric) and processed vocals. Backing is provided mostly by primitive drum machine and quivering keyboards. The lyrics are on the cryptic side, so while the words are often decipherable, you’ll be left confused as to what they’re about (“Jesus was a leprechaun / His name Tidy Tom / He tried to have a little fun / Jesus: But my hands and feet are so numb!”). A quirky sense of humor prevails throughout. Between the two discs I have trouble picking a favorite – each has some great tunes. “The Model” and “The Vivian Girls” off Chewing are wonderful. And I’ve always loved “The Man in the Black Sedan” and “Trashing All the Great Loves of History” from Postures.

A good reference for Snakefinger’s sound, strangely enough, could be Eno’s first few solo albums, only a bit wackier. The same freshness of discovery is in evidence, of creative people playing around in a studio, not worrying if they are great musicians, just putting together tunes that make sense to them. And in the same way Fripp’s inventive guitar colors Eno’s albums, Snakefinger leaves his stamp on these. Snakefinger only produced two other studio albums before his 1987 death: Manual of Errors (1982) and Night of Desirable Objects (1986). Let’s hope reissues of those are in the works.

When - Prefab Wreckage & Gynt – When is essentially a solo vehicle for Lars Pedersen (half of The Last James duo) in which he explores dark ambient realms. It's pretty hard to believe that this is the same guy who worked on...  (1999) » Read more