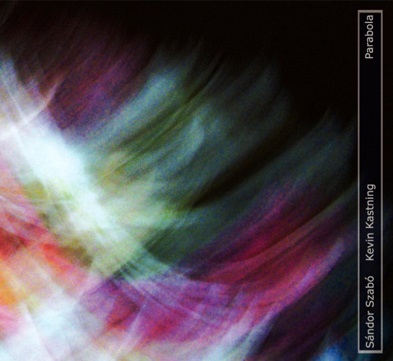 Like the previous Szabó/Kastning duets, Parabola consists of improvisations utilizing different kinds of acoustic guitar other than the standard variety – 6- and 12- string baritones and altos in this case. The tunings and stringings are also non-standard, leaving little in common with typical guitar music aside from the lovely tone of well-made instruments; similarly the music sits outside of standard genres, not really jazz, folk, rock or academic. While it seems apparent that some planning went into it – perhaps even unintentionally, as musicians will instinctively remember things they've played that worked – the overall impression is of flowing spontaneity, wandering among imaginary realms of sound. Sometimes a tonal center or shared pulse will coalesce out of the interplay, but that doesn't seem to be a deliberate intention. These two players, by some chance of genetics or cosmic fate, are on wavelengths so close to each other that you can't tell where one ends and the other begins. I'm sure that when they listen to these recordings, they can recognize what was theirs and what was not, but an outsider has no way to distinguish. I'm reminded a little of the duets Larry Coryell and Philip Catherine did so long ago, but these are a lot freer, lacking established tunes as a baseline. Atonal music is often abrasive and inaccessible, but in the hands of these two masters, there seems little distinction between tonality and atonality. Even listeners unaccustomed to free improvisation might well find this quite enjoyable.