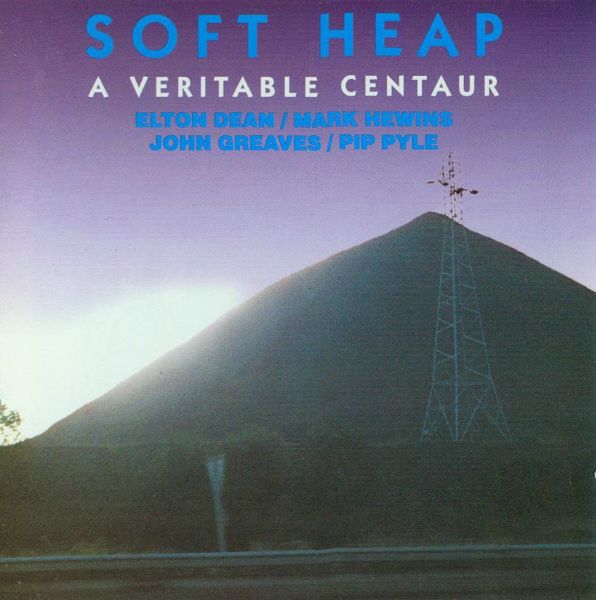 Another Canterbury related release makes its way to the surface. This disc is mostly a posthumous release from a live set in 1982 when guitarist Mark Hewins replaced the then recently deceased Alan Gowen. Hewins recalls: "He was booked to play at Cardiff but died suddenly so I stepped directly into his very large shoes. My first gig was with Soft Heap." Additional personnel includes original members, Elton Dean, saxes (Soft Machine), and Pip Pyle (Hatfield, National Health, Gong etc.). By the time of this live performance, John Greaves (Henry Cow, National Health etc.) had replaced Hugh Hopper on bass. This is an album of live blowing music, pretty free stuff which is pretty difficult for your average jazz/fusion buff. At times, the tone of the disc shifts from dronish guitar chords ("Tunnel Vision") to choppy bass driving and drums thundering ( "Thaid Up"). The energy level is very high throughout the live performances. Last track was recorded in 1988, but I'm not certain if this indicates the group is still alive or not. If Soft Machine Third is your type of album, then you'll direct connect into the extension this album provides.

Jazz Noir Does the Killing