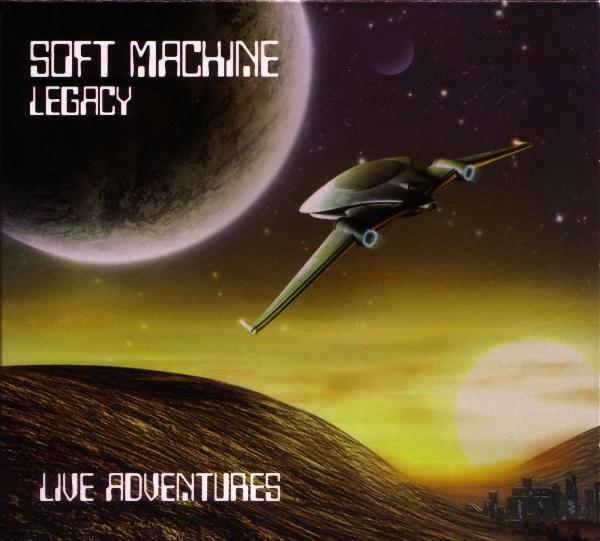 With the sad passings of Canterbury icons Elton Dean and Hugh Hopper, the reformulated quartet continues to carry on convincingly in the vein of the great icon of British Jazz. Now led by the voices of Theo Travis' saxophone and John Etheridge's guitar, the group is more adept at covering a myriad of jazz and compositional styles new and historical. The gigs comprise two 2009 European shows, appearing to be the best of each set for the quartet. "Has Riff II" is an organic group improvisation that opens up the live set in floating ambient mode led by Travis' flute. The piece compares well to Jade Warrior before Etheridge tears it up with drummer John Marshall. The guitarist's own compositions work better on the live stage with "Grapehound" and "In the Back Room" showing much of the characteristic finesse he has come to champion in his long career. Travis' own compositions take the group in a different but alluring direction as well. The group is keen to pull from early and later compositions from the catalog, including those by Karl Jenkins: "The Nodder," "Gesolreut" and "Song of Aeolus" from 1976's Softs. Marshall's excellent cymbal work begins the first piece while Travis emotes the melody line previously played by violin. Bassist Roy Babbington has stepped back into the fold on firm footing as evidenced by his rooted playing across the disc. In summary this live band is not only the closest thing we have to classic Soft Machine but also furthers the legacy without tainting it.

Laren d'Or - War of Angels – The same veiled (an under-promoted!) Hungarian label that is teasing us with Talizman, and After Crying, now goes to the other side for a symphonic keyboard recording by Laren d'Or. A solo project?...  (1999) » Read more