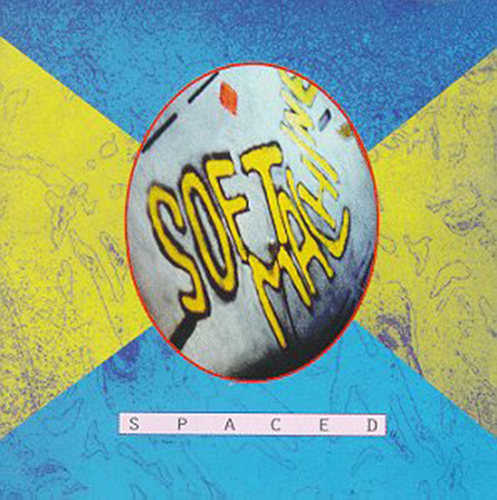 The material on Spaced was originally recorded in 1969 (circa Third) for a special choreographed multi-media one-week event of the same name at the London Roundhouse. Although the music here (seven tracks varying in length from under three to over thirty minutes) bears certain key resemblances to the Soft Machine we all know and love — such as Ratledge's trademark fuzz-organ, and Hopper's fuzz-bass — the material tends to be far more unstructured and improvised, evoking a mysterious dreamlike sensibility, often with dark and doomy underpinnings. Structurally, the music tends to fall into two categories: those pieces built from simple repetitive themes by the basic three-piece, with unusual taped effects overdubbed, and pieces that are purely free-form improvisational and explorative at their core, the latter typically eschewing any traditional rhythmic structures. "Spaced 4" is perhaps the album's best example of this. Needless to say, this is not the typical material one might hear on a Softs album of the same period, although the early minutes of avant-garde meandering on "Facelift" (from Third) could serve as a sneak preview to the type of explorations on Spaced. This is an album that grew quickly on this listener with each successive play, but this may not be for everyone. Recommended highly for the spirited adventurists, and kudos to Cuneiform for releasing it.

Ellis Marsalis - Ruminations in New York – Piano ballads! Whether you are seducing the ladies or getting stone drunk to forget them, a languid piano ballad replete with blue notes, suspended chords, and finger rolls is a perfect tone-setter....  (2006) » Read more