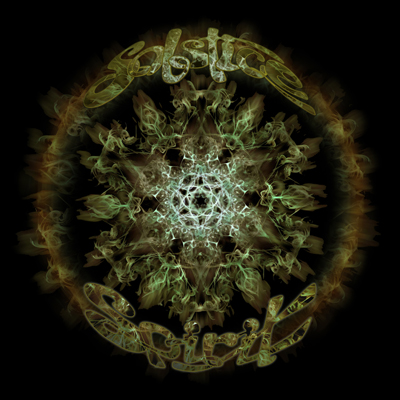 One of the bright spots of 2010 was the return of Solstice. It's been 13 years since their last studio effort, Circles, and I was beginning to wonder if they'd ever return. Other than Andy Glass' spirited and bluesy lead guitar work, the band's defining identity has always included female vocals and violin, plus a sort of hippie-friendly/Yes-ish slant to the material. Glass is no fool and has made sure these elements are in place for the new one. Returning are singer Emma Brown and fiddle player Jenny Newman, who give the group its "Earth-mother" warmth and approachability. Rounding out the lineup are keyboard player Steve McDaniel, bassist Robin Phillips, and drummer Pete Hemsley (shame they couldn't hang on to Clive Bunker!), and overall the band has a pleasant, inoffensive, prog rock demeanor. Similarities can be drawn to groups like Iona and Mostly Autumn. The songs can get gritty at times, as seen on "Flight" and "Here and Now," though the sound on this album also ranges from the uplifting prog of "Sky Path West" to the exotic spiritualism of "Oberon's Folly" (featuring Newman's fiddle work) to the hazy hippie glow of "Spirit." The bonus DVD features a 2009 live set at The Pitz Club, before a small but appreciative audience. And by small I mean friends and family only. It's actually good to have this since the recent Cropredy DVD had technical problems and in truth Solstice are an engaging and vibrant live band. The set here reaches back to early chestnuts like "Brave New World" and fan favorites like "Chicken Train," plus a spirited rendition of "Ducks on the Pond" that gets the crowd a-boppin'. All in all this marks a fine return to form for Solstice, and I hope it's a shorter wait for the next one!