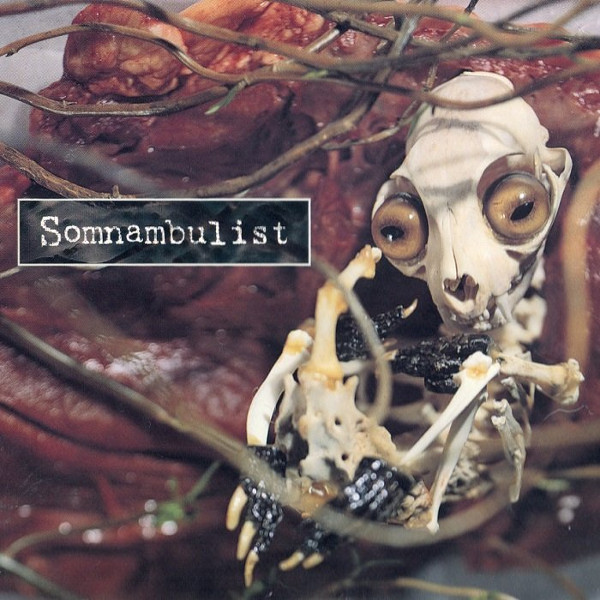 Fans of Mellotron and heavy Hammond take note. Somnambulist is a four-piece from Chattanooga, Tennessee, who are solidly powered by these two instruments, as well as synths, guitars, and a heavy rhythm section. One might be tempted to compare them to Anekdoten or Änglagård, but the overall approach is far more modern (especially in the vocal department), and lower on the melancholy meter. A fair comparison would be to place them somewhere between 70s and 80s Crimson. Like the latter, they have no trouble finding a groove with heavy bass offset by an asymmetrical drum attack in odd meter, even some catchy guitar Frippisms abound, often descending into grotesque eruptions of dissonance — yet when Somnambulist find that groove it tends to be a lot more animated and unpredictable, keeping their songs interesting for the duration. The vocals tend to have that modern attitude, sometimes distorted and barely understandable, with spoken fragments, noises, squeaks, and other similar punctuations, but overall — especially with all the analog keys — it's the vocals that keep the band from sounding too retro. "Return of the Son of Civilization" is a track that encompasses all of Somnambulist's most fertile tendencies, and pretty much sums up what the band is about. Tracks like "Pinocchio," the almost-schizophrenic "Multum in Parvo," "Conqueror Worm," the Hammond-heavy "Torquemada," and the fourteen-minute, four-part closer "Unlearning Folds of Bed" are all solid examples of their energetic and creative blitz. A very promising debut indeed, worthy of attention.