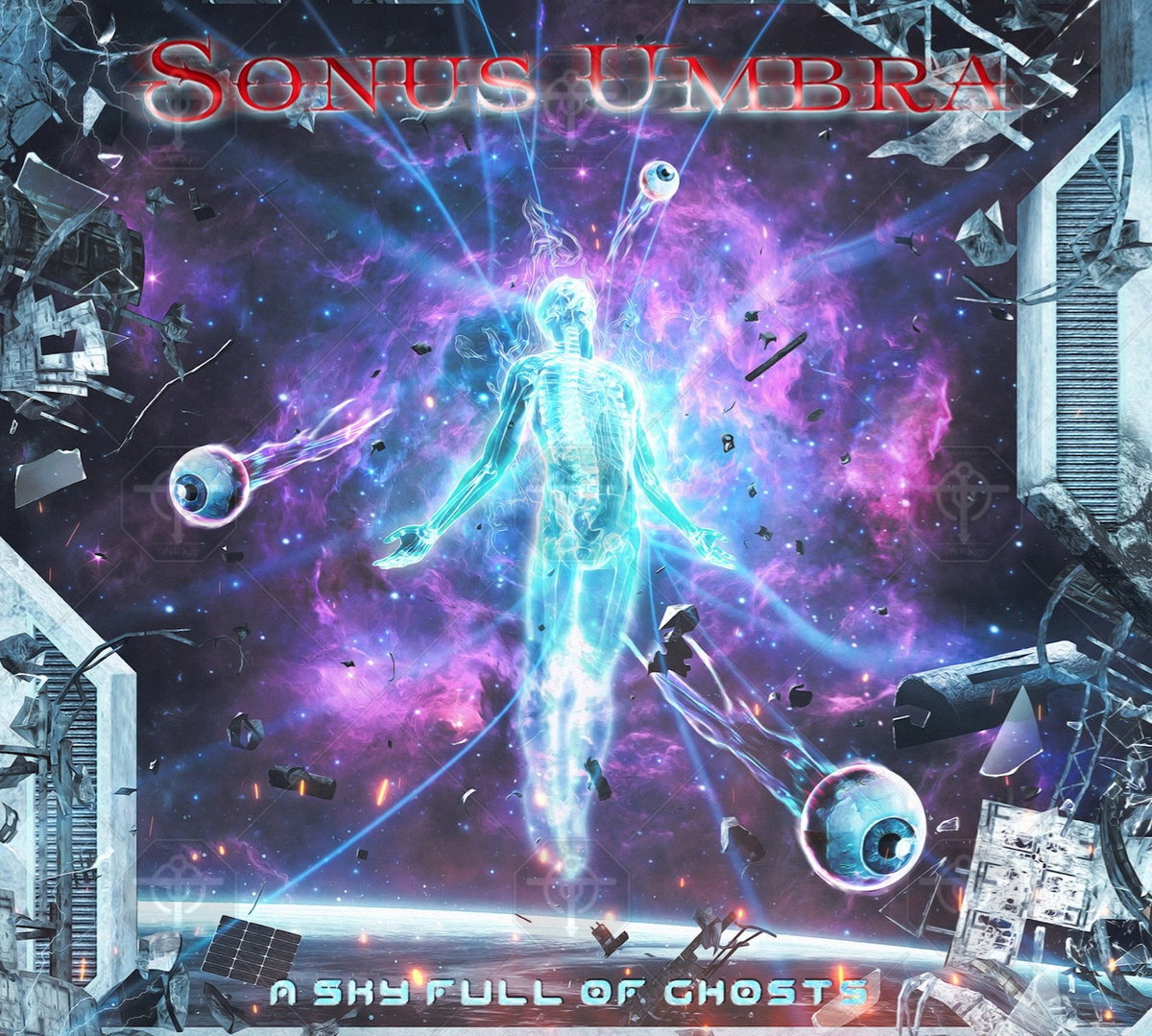 Sonus Umbra’s latest offering shows a band in sure command of its faculties, with technical prowess in service of imaginative compositions. Their style harks back to classic 70s sounds, coming off as a sort of halfway point between Yes and Genesis. Now based in Chicago, this version of the band sees founder Luis Nasser (bass, keyboards) joined by most of the musicians who appeared on Beyond the Panopticon (2015): Andy Tillotson (drums, keyboards, guitar), Roey Ben-Yoseph (lead vocals), Rich Poston (guitar, keyboards), Steve Royce (flute, keyboards), David Keller (cello, percussion), and Tim McCaskey (guitar). Ben-Yoseph is a fine singer, managing lyrics that tend towards the philosophical and even scientific at times without awkwardness. A Sky Full of Ghosts is a concept album, completing a story that began on the previous album. It’s a science fiction epic involving a ship far from Earth searching for a habitable planet, and happily the narrative doesn’t get in the way of enjoyable music — and for once, it’s a science fiction story that rises above the level of comic books and action movies. (I’m aware that there are examples of both that rise to the level of good SF, but they’re the exception rather than the rule.) Everyone involved shines, with outstanding keyboard work, great guitar playing (both electric and acoustic), tight rhythm parts, and nice use of flute and cello for added textures. The last Sonus Umbra album I reviewed was Spiritual Vertigo back in 2003, and I’m pleased to find that the shortcomings I heard there are long gone. There are times when I find the mixing and/or mastering sounds a little dry and brittle, though it’s not unpleasant enough to discourage me from recommending the album to fans of progressive rock. A Sky Full of Stars is a winner.