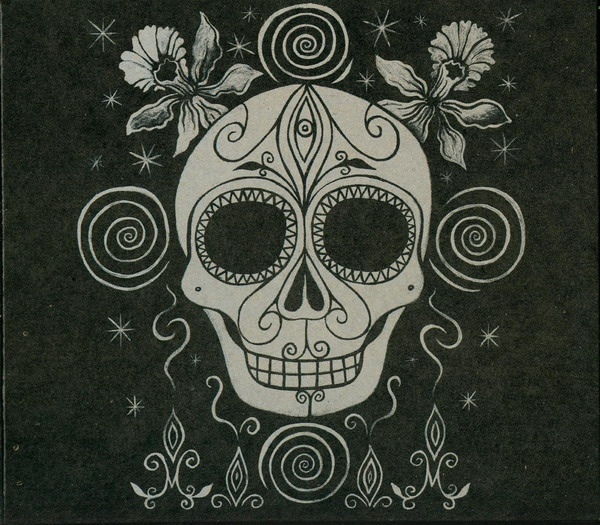 Sometimes music is a journey. Sometimes it’s maybe even more a journey than it is music, as is the case with Soriah’s work. He (I think that’s the appropriate pronoun) is credited with singing and dubbing, and the only other person listed is for analog synthesizer, effects, and dubbing. Actually it’s “doblaje” and not “dubbing” but I think that’s the appropriate translation. The singing involves a lot of the kind of overtone drones that Tuvan music is known for; there’s also some vague, distorted shouting buried in the mix at times. At no time (except possibly in the last few minutes) is there anything like a beat or a melody, just a progression of abstract moods, like the incidental sounds (not the soundtrack, since that implies music) to some kind of inner travel. Given the packaging, which features skulls, and the title, death seems to be a major theme, so perhaps we’re traveling to the Other Side. Personally, I hope they have rhythms and melodies there, but this version is as valid as any other barring personal experience. All in all, if you can put your head into the kind of space where you can just let the sounds wash over you without trying to order them into conventional terms, the whole thing is quite fascinating, sure to appeal to the most adventurous of listeners.

Chrome - Retro Transmission – After a lengthy hiatus, Helios Creed has returned with a new Chrome album. Having never heard a Chrome album before I cannot say if this is representative or not. I can tell you one major influence on...  (1999) » Read more