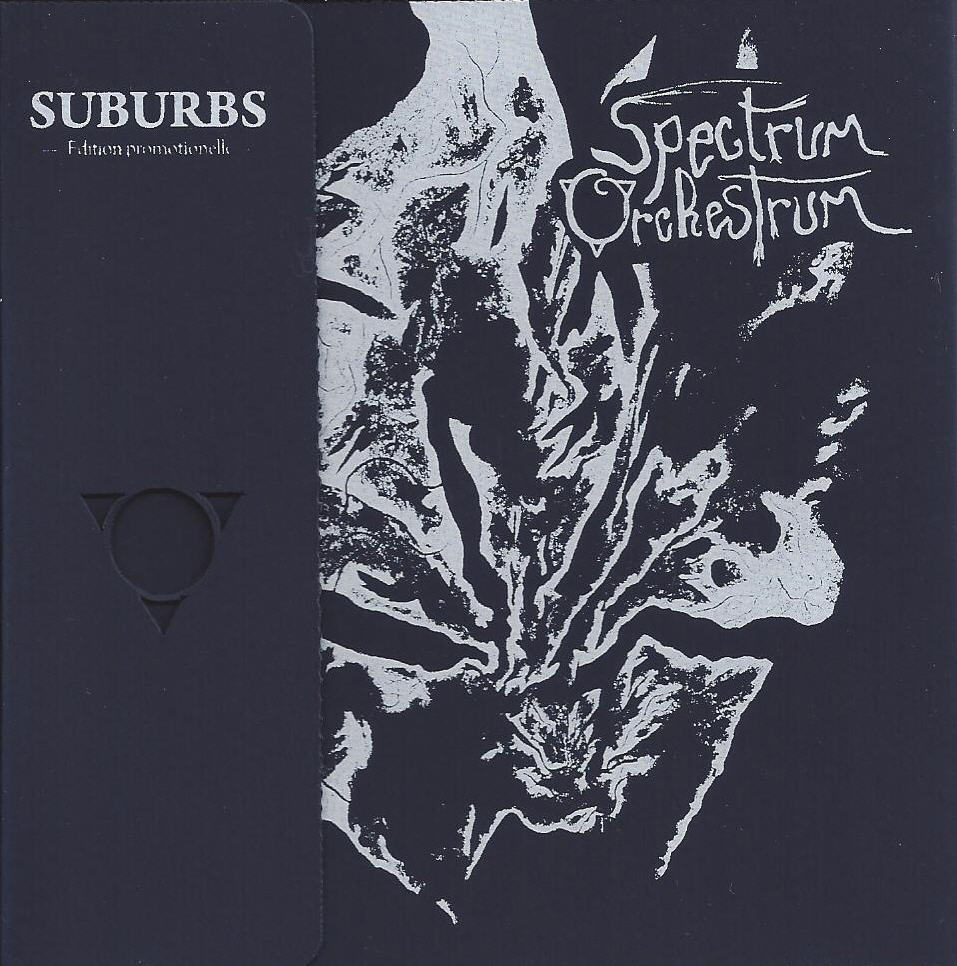 Spectrum Orchestrum is a five-piece organic jazz-rock ensemble from Lille, France, that began their journey in 2007, Suburbs being their first full length CD release – although four previous CDR releases of improvisations exist in micro-quantities of 50 or 100 copies each. Their sound on these five cuts ebbs and flows naturally like pure improvisation, but I suspect these are actually composed pieces with a lot of open space for the players to stretch out. The opening soundscape “Prelude: La Profundeur du Chant” which flows directly into the ten-minute title track has a strong feel of early-70s Crimson improv meets Sun Ra, though presented in its own context with melodic alto sax at the fore, and studious guitar craft like backing from the guitar and keys until a few minutes in when the rhythm section joins in on the fun for a full-on jazz-rock crescendo, then backs off again and repeats the process, each time getting heavier and more powerful. “Lonely Woman” exhibits another side of the group’s sound, starting out in a more purely improvisational mode not unlike the chaos unleashed by Shub Niggurath on their early work, through softer fields of string scratching over wandering piano threads, returning to the heavier sounds, cycling over and through, with the sax taking the lead melodic voice. Some of the softer electric piano driven parts of this may certainly remind the listener of some of Magma’s arrangements circa Köhntarkösz. The side-long epic “Mantra (Discodzilla Inclus)” drives their sound even further in zeuhlish directions, with a blast of John Zorn meets Funkadelic thrown in for good measure. Again, this is a piece that moves in multiple cycles of high suspense intensity followed by periods of gentle release. Throughout, every player gets many chances to shine brightly, and together as a whole the group bristles with creative genius. A short three-minute “Postlude” closes the album, the only track where wordless voices are used to augment the sax. For powerful instrumental music that crosses the poles of darkness and light, it doesn’t get much better than this.