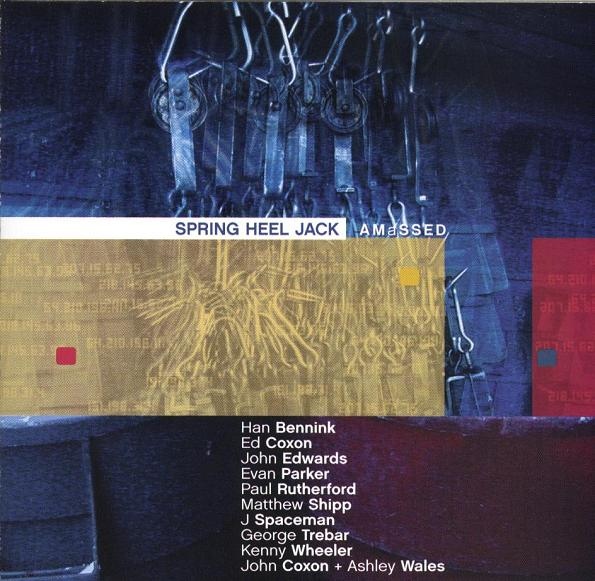 Coxon and Wales are at it again! The results of their first attempts to assimilate free jazz into techno on their last album only fueled the fire for further attempts to create valid collages underneath world-class soloists. This experiment gets a lot further out of the petri dish with some wild combinations and exaltations. Back again is noted jazz improviser Evan Parker who graces the open track and renders the landscape futile by shear force. And this is the direction of the entire disc’s eight tracks, moody, temperamental, and inspired. “Wormwood” opens with a blues mode against remote church bells in the background before transitioning into a storming fury of feedback that harkens back to the days of the early Tony Williams Lifetime. “Lit” is almost religious in terms of a small backing drone and Kenny Wheeler’s uplifting fluegelhorn. “100 Years Before” is where it all comes together for the brass section of Wheeler/Parker who find their footing over Han Bennink’s spatial drumming. The best piece is the ominous closing track, “Obscured,” that begins with a bass synth pulse that gets steadily more alarming. Mathew Shipp’s keyboard and J Spaceman’s electric guitars are more than adept at segueing against Paul Rutherford’s intense trombone blasts. Overall, Coxon and Wales operate well as soundscape template creators for their acclaimed soloists to navigate and eventually land on. With a live album and DVD in the works, can the world be far behind in recognizing their innovative impetus?

Kenziner - Timescape – Remember when a "shredding" guitar player was the exception? Seems you can't turn around these days without knocking one over. Kenziner is another one of these small-label guitar bands. The focus is...  (1999) » Read more