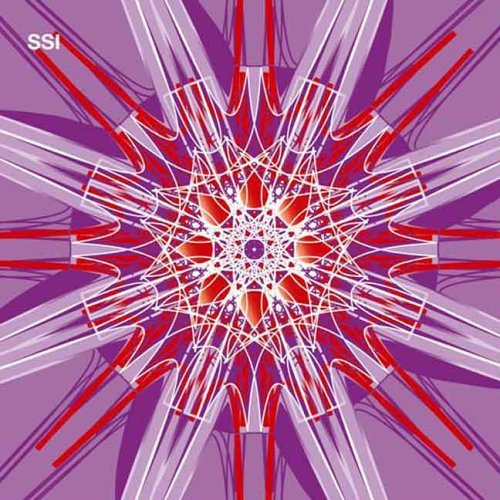 SSI (Sonic Solutions, Inc.) apparently consists of California brothers Will and John Goff, who combine laptops and MIDI synths along with live and programmed percussion to create sounds reminiscent of, but distinct from, old-school electronic music. There are certainly elements of Tangerine Dream and Kraftwerk, as well as some touches of newer electronica, but there's a free-wheeling live vibe to it that really sets it apart from anything else I've heard in a while. There's also a random, maybe improvisational feeling to it, with sequences that wander erratically and toss off accents in unexpected places. While I don't think anyone would actually mistake this for TD, that's probably the closest comparison I can make, especially if you concentrate on the late 70s. The dominant feature is a cascading echo affecting various sounds in time with the sequencing. Tie a couple of those in knots, sprinkle liberally with washes of string sounds, and splatter with percussion. It's a very appealing combination of atmosphere and energy that really works for me. It's basically one long piece divided into six sections; there's a sense of continuity from track to track, though different elements and moods are associated with each. It's much too rhythmic to be ambient, but not suited for the dance floor either, so I just hope they can find an audience for this middle country. Now, if they just mixed in a Mellotron...

The Moody Blues - The Magnificent Moodies – In December '64 The Moody Blues first hit the U.K. charts with a cover of U.S. soul singer Bessie Banks' "Go Now," with its expansive harmonies sounding a bit like a British take on the Righteous...  (2007) » Read more