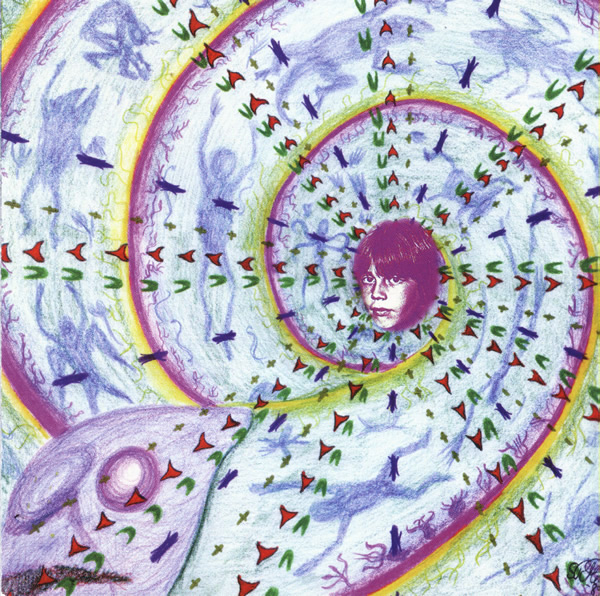 Amateur psych, like the two reissued titles here by Swedish musician St Mikael, is not flattered by the CD medium. The effect-lavished, drivel-through-a-tunnel sound that these types of garage projects produce sound better to me when surrounded by the symphony of pops and crackles of vinyl. Without this sort of protection, one can be distracted by the poor recording equipment to the detriment of the music. As badly recorded, and sometimes as badly played as these two albums, Visions of a Trespasser and The Unknown, are, they retain the unique charm of late 60s acid rock and acid folk, in that really bad Bevis-Frond-on-a-bad-day songs can be combined with moments of startling brilliance and clarity. St. Mikael obviously has listened to a lot of the early psychedelic rock and folk artists, as this album sounds like a mixture of The Beatles, Jimi Hendrix, Donovan, Buffalo Springfield, Spirit, Bob Dylan, and Pink Floyd. Often, it's just St. Mikael with acoustic guitar and vocals, letting the simplicity speak for itself, but the better moments come when surrounded by a full band, such as the addition of P. Sjoblom and J. Lachen on "Calling the Djinn'” from Visions of a Trespasser. The bonus tracks added to both discs are of far less interest, sounding even more primitive whether drugged blues or an off-key crooner. The Unknown culls from a wider time period, and it is even less coherent than Visions. There are great guitar freak-outs mixed with echoing folk songs, all reverbed and tweaked out, but often the playing is plain and sometimes extremely poor. A short CD of the best tracks between these two would probably have been more interesting; one really has to wade through a lot to get to the good parts on these basement tapes.