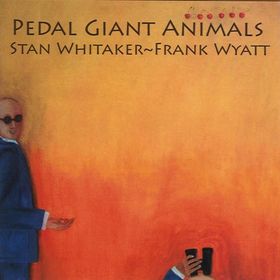 This gem came out quietly toward the end of 2006, a side project by two of the primary composers of Happy the Man needing an outlet for their material, unable to wait for the stars and planets to be in perfect alignment for the full band to get together, rehearse and record. Joining them on various tracks are Peter Princiotto on bass (from However) and Chris Mack on drums (Puppet Show and Iluvatar). Many of the numbers here are typical of the more gentle vocal pieces one might find too few of on any given HtM album, sung by Whitaker with backing support from Wyatt. That said, there are a fair number of instrumentals too, many of which tend to rock a little harder and also get into some very tasty and colorful elaborations and variations. These guys are both masterful creators, and each piece they cast is brilliantly arranged to pull out its strengths, using piano, synthesizers, guitars, bass, drums, and all manner of woodwinds, much as they would be had they been included on a HtM album. Since these were recorded, Pedal Giant Animals (the project) has evolved into a full five-piece band Oblivion Sun, featuring Wyatt, Whitaker, Mack, and two additional musicians on bass and keyboards.