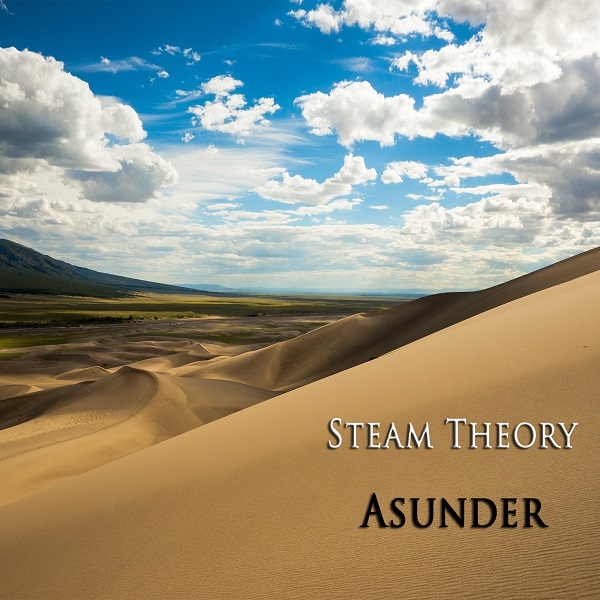 Steam Theory’s new release is full of big-sounding music, with multiple guitars, bass, drums, keyboards, and orchestra presenting ambitious instrumental music — 13 tracks spanning two CDs. In the studio, Steam Theory is really just Jason Denkevitz; he enlists other musicians for live performances, where they rearrange this music for the instruments available. All the orchestra parts are simulated on Asunder. I’m a firm believer in judging music by listening to it, not reading the credits, and in this case, I’d say the only downside to this method of production is a somewhat over-precise sound, complex and impressive but with the guitar parts being the only real human touch. That being said, Asunder sounds superb, with its classical flavor more Stravinsky than Beethoven, with modern harmonic touches and a few non-European elements added. There’s also a touch of fusion, but just because this is energetic instrumental music, not because of any real jazz elements. As much as I enjoy this album, I can’t help thinking some interaction between musicians in real time would help bring it to life — it’s kind of like looking at a beautifully rendered CGI rendition of the Himalayas: it’s lovely, but a real picture would have been even better. Facing reality, trying to record a project this ambitious would have required resources no independent musician could muster short of being independently wealthy, so we’ll take the simulation and applaud Denkevitz’s accomplishments.