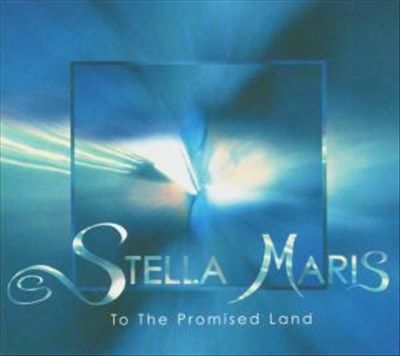 It can be difficult to review something like this latest offering from Germany’s Stella Maris. The musicians sound so sincere and believe in what they’re doing, and put a great deal of craft and thought into the product. But it’s just frankly no fun, except for possibly someone really into the New Age genre who’s willing to accept a lower standard of originality and interest than the general listener. The basic elements are tech-ed up world beats (along the lines of mellow Afro Celts), female vocals (along the lines of Enya), and tons of keyboards. It’s basically Adiemus with less orchestration. Multi-instrumentalist Dirk Schlömer is the mastermind behind the project, joined by a few other players and a variety of female vocalists from around the world. Unfortunately, Schlömer himself takes a few turns at the microphone, and his personality-free delivery does not help make the insipid lyrics tolerable. The women generally fare better, especially when the lyrics are in French or Latin or Spanish. But it’s all so trite and unimaginative that no amount of production savvy can rescue. Yes, we all know that peace in the world is better than war, but if you want to say that in a song, you have to bring something to the table other than the blatant declaration. In the game of cross-cultural musical fusion, there are too many good examples to waste time on bad ones, no matter how well-intentioned.

Golden Death Music - Ephemera Blues – Hmm, Golden Death Music. Not your usual Black Death Music, or any other color, but Golden. There is a certain glow to the sound, and while it’s not exactly morbid, it’s certainly not...  (2008) » Read more

Eric Burdon & The Animals - House of the Rising Sun