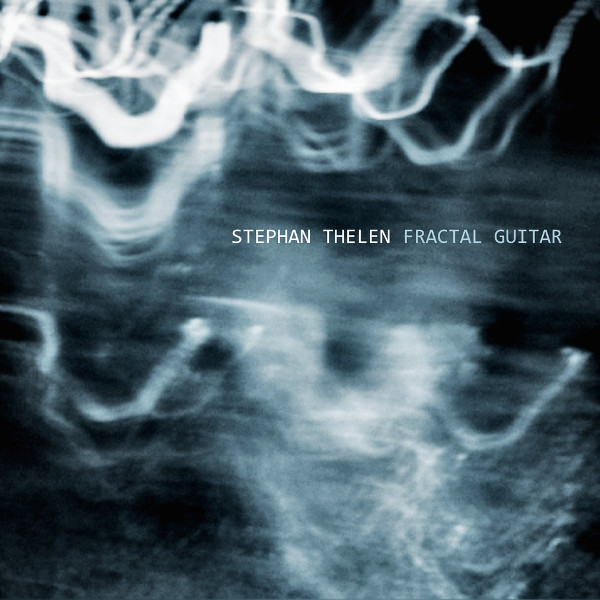 When you’re a guitarist making a solo album, inviting as guests some of the greatest guitarists in the world seems like a risky action — what if they show you up, and it’s more like you’re a guest on their album? So when Stephan Thelen of Sonar features Henry Kaiser, David Torn, Barry Cleveland, and Markus Reuter on Fractal Guitar, who’s the leader and who are the guests? On the whole, it would take a lot of very careful listening to tell who is making which sounds on these tracks, and even the credits only help a little. Take the first track, for example. “Briefing for a Descent into Hell” features Matt Tate on bass (U8 Touch Guitar), David Torn on live looping electric guitar, Jon Durant on “cloud guitar,” Thelen on “fractal guitar” and “tritone guitar,” and Markus Reuter on U8 Touch Guitar and soundscapes, along with Manuel Pasquinelli (of Sonar and Akku Quintet) on drums. Got it? Live looping, cloud guitar, and soundscapes all figure into the mix, and I’d defy anyone to tell what is what just from listening. But that’s totally irrelevant to enjoying the music, and there’s a lot to like here. There’s a lot more variety in sounds and textures than the average Sonar album (barring the ones with Torn on board), though many of the basic ideas are similar. Hypnotically repeating patterns on guitar pulsate over washes of ambient notes, and fluid lead guitar provides either long tones or fiddly melodies. It owes a lot to King Crimson of the 80s and beyond, and has similarities with bands such as Herd of Instinct and Spoke of Shadows. I particularly like the way the bass parts (mostly Tate) fit together with the drums (Pasquinelli or Benno Kaiser with two tracks each, plus one where I think the drums are programmed). Three of the five tracks run past the ten-minute mark, so the music has the chance to stretch out and let things happen — though at times I think it may be too much of a good thing and a shorter track would provide a nice contrast. There’s a lot of creative work for electric stringed instruments here, and it is refreshingly free of show-offy wankery. Fans of textural guitar playing should definitely check this one out.