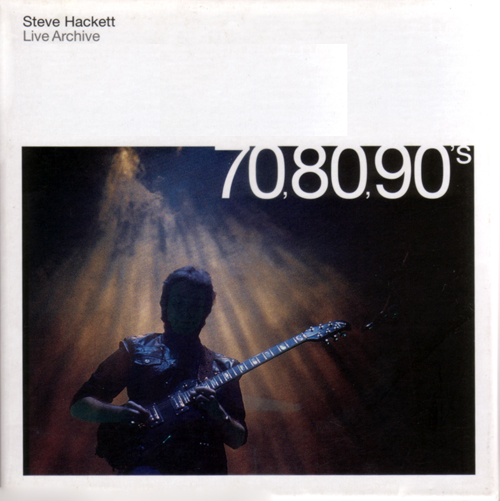 Since Steve Hackett walked away from the Genesis rainbow, it's been a well-kept secret to fans that his live shows carried forward the finesse of that group. Adding further proof is a new four CD box set of three concerts, which span the three decades of live performances. 1979 was when the guitarist took his first band on the road to play three albums' worth of material from Voyage of the Acolyte through the then recent Spectral Mornings. "Narnia", "Racing in A," and "Carry on up the Vicarage" from 1978's Please Don't Touch are given excellent live renditions from this great group which included Nick Magnus (keyboards) and John Shearer (drums). The 80s were a mixed bag for Hackett, having taken up vocal duties, and by 1986 pushed to a higher profile in GTR with Steve Howe. Disc three spotlights a live show at a unique Roman venue in 1981, which was another comeback attempt for Hackett as part of a new quartet and a tour supporting Cured. Disc four focuses on more recent material from 1993's Guitar Noir, featuring more gothic subject matter. This entire collection is essential, since it not only supercedes any third generation bootlegs, which have been in circulation for 20 years, but also shows a brilliant slice of live performances in the context they were intended. Highly recommended for longtime fans.