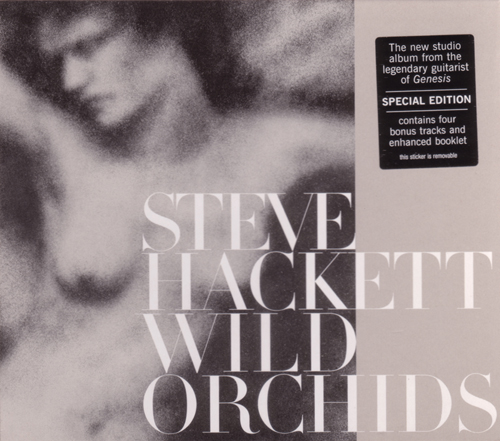 For nearly 30 years many have kept on considering him only the man behind the powerful guitar solos of Foxtrot and The Lamb Lies down on Broadway; yet he has proved to be much more than this. He joined Genesis in 1971, replacing Anthony Phillips, just before the release of Nursery Cryme, and left the group un 1977: six years only, but the heyday period of Gabriel, Banks and Co. His solo career is approaching 30 years, but for many he is still “the former guitarist of… ” Of course this is not to denigrate the group’s legacy – that will persist anyway – only it’s high time the efforts Steve made to build a different image of himself were acknowledged. This new CD should enable many people to do this. Preceded by the welcome reissue of his first four albums, Hackett’s new CD confirms that his music does contain some features which once characterized that of Genesis, but many different ones as well. Steve’s previous CD, Metamorpheus (2005), may be more fit to satisfy the expectations of old Genesis fans. Here, on the contrary, even a greater deal of variety is displayed. This ranges from Dire Straits-inspired “Man in the Long Black Coat” to Celtic sounding “Set Your Compass.” Symphonic tunes are not missing of course (“Wolfwork,” “To a Close”). Wild Orchids may not the best work by the London-born guitarist, but it surely confirms he is a performer and composer in his own right.

Horslips - Roll Back – It was a sad day in 1980 when I read in Melody Maker that Horslips were calling it a day. The premier Irish folk-rock band had survived a decade without a single personnel change, gone through...  (2008) » Read more

It's OK for Videos to Be Silly