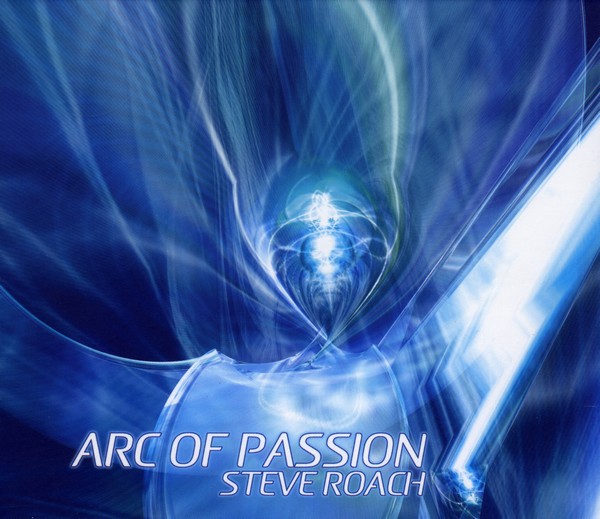 "Passion" is one of those loaded words. For instance, though it dealt with a fictional account of the life and death of Jesus of Nazareth, Martin Scorcese’s film Passion (for which Peter Gabriel created a mesmerizing soundtrack) had as much to do with the sensual meaning of the word as the biblical. With this collection, ambient musician Steve Roach is pretty much doing the same thing. The inspiration for the opening piece, “Moment of Grace,” came from a recent visit to San Francisco’s Grace Cathedral. But you won’t find any cliché musical references typically associated with churches, like pipe organs or boys’ choirs. Instead, Roach operates firmly in the realm of abstract ambient compositions that are highly improvisational and hard to describe as “musical” since there’s nothing in the way of melody or compositional structure. Instead, wave upon wave of enormous, sonorous synth washes and drones flow ethereally over the listener, imparting a calm and soothing after-effect. The title track (weighing in at a whopping 60 minutes) is broken into two parts that straddle the two disks. Roach begins “Arc of Passion” where “Moment of Grace” leaves off, though he eventually works his way deeply into realms of electronica reminiscent of Tangerine Dream and Klaus Schulze. Part Two embraces the sort of programmed and sequenced synth and percussion explorations many Exposé readers enjoyed so much on Roach’s recent Storm Surge release and this might be worth the price of admission alone. “Views Beyond” concludes this set where it began, in the realm of ambient soundscapes that evoke deep, cavernous spaces and primal emotions that explore realms of the subconscious. As with much of his work, on this collection Roach opens doors to places where the listener can connect with their inner self on many levels, whether it be spiritual, transcendent, or intensely focused. All you have to do is take the journey.

Various Artists - Progressive DisDURPance Vol.3 – Here’s a compilation from the folks behind the German prog-rock fan-site DURP that serves as promotion for both the bands as well as the website. With Germans you’d expect a healthy dose of...  (2002) » Read more