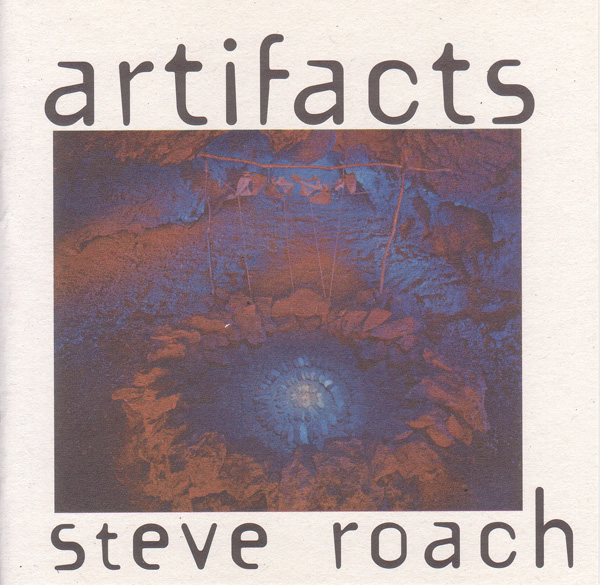 The ever prolific Steve Roach has released his newest Fortuna release Artifacts, another 70 minutes of his patented electronic music. Although Exposé only barely touches the electronic scene, we feel it is important to cover the cream of the crop, and Steve has been at the forefront of this genre since his opus Dreamtime Return. A few things you can expect in Roach's recent music — tribal drums, sticks, pots, and pans and many other percussives; a good amount of digeridoo, and long rich and atmospheric synth drones. At first, this album seems no different; the opening track is in a style that Roach has practically got down in his sleep — slow tribal like drums with trancey synth washes — nice but it sounds like many a track from Origins, Soma, or Strata. Fortunately, Roach has never been one to rest on his laurels and the second track moves onto new territory — a dark and unusual cyclic track with lots of digeridoo — bizarre and unusual. Soon after is the 25 minute "The Origins of Artifacts," a gorgeous ambient track similar to the classic "On The Threshold Of Silence" from World's Edge. I find this style to be my favorite of Roach's — ambient, hypnotic with a lot of head space — ideal for drifting off to. The album's last four tracks are just as impressive in atmosphere and sonority. The "Temple of the Frogs" with its stormy sound and natural effects is just one of the great and evocative pieces of music that concludes this CD. In general, I'm glad that (except for the opener) Roach has put away the percussives for a while; the concentration on atmospheres (similar to the work of Loren Nerell — who guests on the album — or Lightwave) has opened up new vistas in his music, that weren't visible in the last few years. Artifacts is certainly his best work at least since World's Edge, and a must buy for the electronic fan.