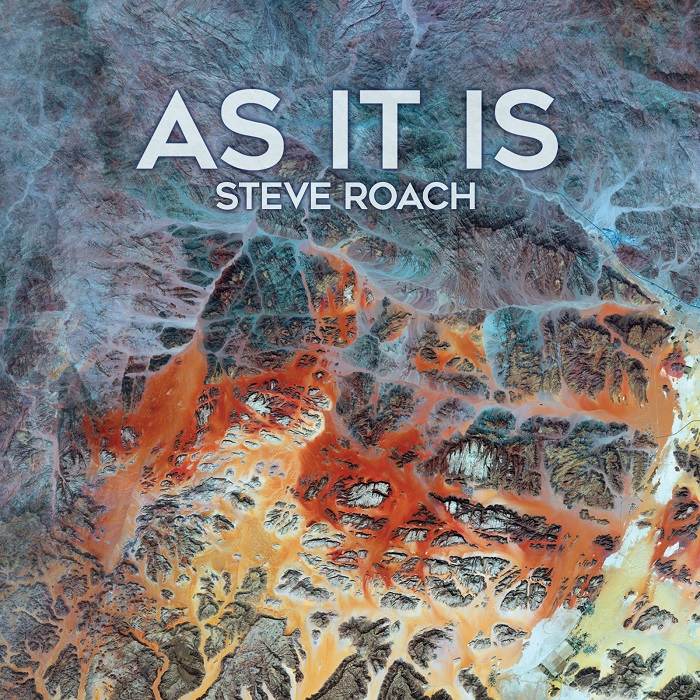 Following last year’s Tomorrow and the powerful Into the Majestic from earlier in 2021, Roach’s latest release As It Is returns the listener to familiar territory with its dreamy mysticism and floating spacious magnificence. With their immersive cosmic beauty and profound subtlety, the six pieces here — most of which merge together seamlessly into a continuum, provide an epic quality that will imbue the listener’s senses with the fundamental life forces that will bring warmth, depth, and an enhanced sense of perception. Most of what’s here bears the motive sensations of subtle, yet constant stirring energies that will gently guide the listener down a path into a magical underworld, where the sounds routinely interact with the mechanisms of life, opening new portals along the way. Most of the album’s six pieces are expansive, between eleven and seventeen minutes, with one exception in “Tears for Time” which serves as a shorter interlude between two of the longer pieces, and borne of gentle drifting electronic sounds, not the busy sequences, but the stuff of dreams that float on a pillow of clouds and vapor, with occasional muted percussives, chords overlaying other chords as they drift ambiently along, occasionally punctuated by the color of distant piano sprites and the sound of faint random wood crackles mixing together effortlessly in some swirling cauldron of mystery as in “Unreachable.” One would have to suspect that all of Roach’s sounds here are produced via one of more layers of modular synth as the listener is propelled through the macrocosm. “Equanimity” opens the portal leading the listener back into a more colorful universe where shadows and light mix freely with all the colors from far beyond. Like a spiritual passage through a living dreamworld, the organic sounds of As It Is will cast its spell and soothe the soul as it guides the listener into the endless void.