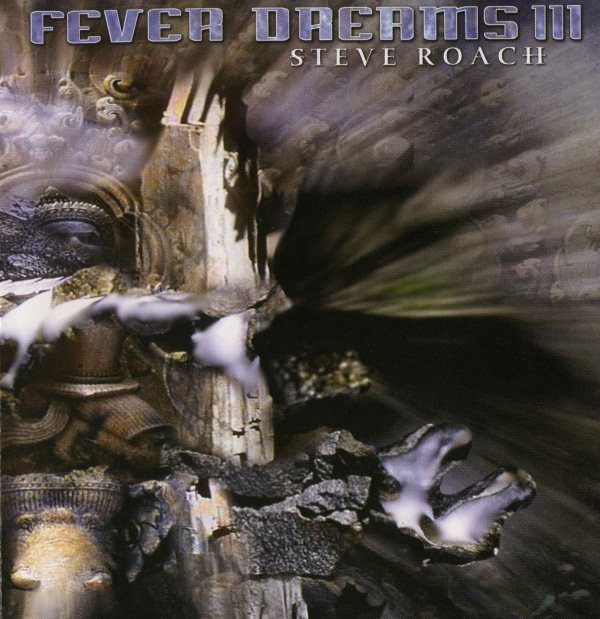 For the third in this series, Roach has served up a double dose. Like much of Roach’s material, the Fever Dreams series embraces soundworlds of a floating ambient nature, but with a somewhat busier and restless undercurrent, percussive and electronic elements, and more frequent directional changes in the shape of the sound. This as opposed to his more restful ambient drones, or patterned sequenced material. Here the composer uses analog and digital synths, samples, loops, electric guitar, lots of post-processing, and all sorts of mysterious percussion instruments to achieve these ends, with some guest drums from longtime collaborator Byron Metcalf on a couple pieces. Everyone who has been there knows that when you have a fever, or are loaded up on substances like caffeine, and try to sleep, you frequently have these crazy dreams that just make no sense at all, go on for (seemingly) hours mutating from one thing to the next, and offer little rest. In some ways the material Roach presents here (as well as on the two previous Fever Dreams) could be considered soundtracks to those dreams. The first disc has eight tracks, each of which blends smoothly into the next, but presents an entirely different conceptual idea therein, keeping the direction changing throughout. Disc two is one 73 minute piece “Melted Mantra,” seeming to be more of a collaborative piece with Metcalf, and presenting a more evolutionary experience across the disc’s playing time.

Wendy Carlos - Switched-On Bach & The Well-Tempered Synthesizer – Given the limitations of the synthesizers available in 1968, the choice of Bach as a focus for Wendy Carlos’s pioneering recordings makes perfect sense: the instruments could play only one note...  (2002) » Read more