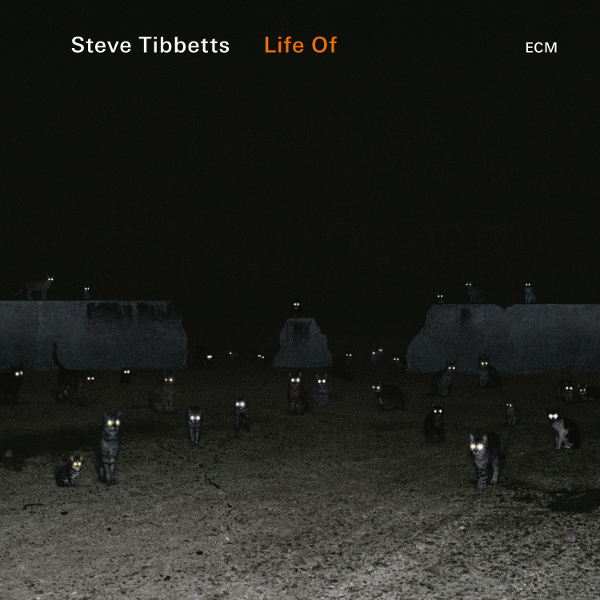 Nobody can ever accuse Tibbetts of flooding the market with product. His pace is slow and deliberately so, and of late, now that he’s an established artist, taking about eight years between each new release. But there’s never any questions about quality, his releases are always superb, and Life of is no exception to that rule. His atmospheric and contemplative style of guitar playing is unique, but has influenced many others along the way. On the thirteen tracks at hand, he plays mostly a twelve string, though the lower strings seem to be tuned in unison, underscoring the depth of the acoustic sound, while still doing his trademark string bends and hammer-ups. The result is a very peaceful and intimate, yet reflective and somewhat melancholic sound, which when combined with natural acoustics used in his mixdown setting (the concert hall of Macalester College, near where he lives in Minnesota), offers the listener a complete world to get lost within. He’s also playing piano on many of the songs, though it’s somewhat understated and subservient to his guitar wanderings. As on many of is previous albums, longtime percussionist Marc Anderson is helping out, though certainly not on every track, and usually a bit down in the mix when he is (with the closer “Start Again” being a notable exception), which supports the overall sparse effect. Also Michelle Kinney adds cello and drones on many of the pieces, though as with Anderson’s contribution, they tend to just add cover to the overall effect and density of the sound, with the guitar and piano out in front of it. Life of is a series of instrumemental vignettes whose titles, like “Life of Emily,” “Life of Carol,” “Life of Dot,” “Life od Someone” and so on refer to loved ones or even persons that Tibbetts has known and observed over the years. From the listener’s standpoint the titles represent strictly a personal label that Tibbetts has applied to them, the pieces don’t require them as each piece speaks for itself on simply musical terms. If one enjoyed Tibbetts’ previous two solo releases A Man About A Horse from 2002 and Natural Causes from 2010, this latest release will certainly satisfy as another marker along the same projected trajectory.