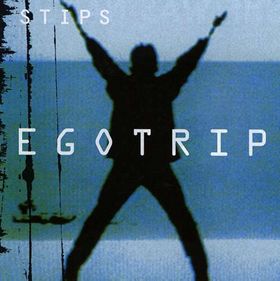 Originally I thought this album was a throwaway, but a shrewd scheme unfolds after a few passes through the disc. You see, it's interesting how far people stray (or evolve) from seventies roots into a band that survives, and remains current. What kind of sacrifices and changes are undertaken without losing musical integrity? R.J. Stips is a former member of Supersister, who along with brothers, Roy and Martin Bakker make up the self-named trio. Songwriting style for all the tracks varies from the earliest period (1970) to the present (from prog to Euro-pop) . So there is some seventies tint to a few pieces, but with after-the-fact variances. For example, "Memories Are New 1" incorporates a sound collage sampling from the Beatles' "Revolution #9." But "Memories Are New 3," composed fifteen years later is no more than a moody ballad. The common thread through the development of the album is commercial renderings of older pieces. "Dance Your Dance" has a great violin part which suffices as one of the more interesting songs. "Think It Over" is similar to Joe Jackson but less pumped up. The keyboard work is good, but the songs are not very intricate for someone who has been in the scene for a while: "A Girl Named You" at least has a spirited intro. I don’t know what the egotrip has been for RJ, but it certainly isn’t bitter or tainted for twenty five years of mostly minor obscurity. The album’s closer, "Pop25," states his position clearly "Don't make me choose between pop and classics, pop25 but no gymnastics." By not taking a stand, Egotrip winds up in music limbo where former supporters who are probably wondering why they even bothered.

Oskar Aichinger - To Touch a Distant Soul – Mainland European Jazz is a true mystery looking from this continent eastward across the Atlantic. To keep tabs on what is happening, what impact there is, and how volatile a jazz scene may be,...  (2002) » Read more

25 Views of Worthing Is Not a Joke