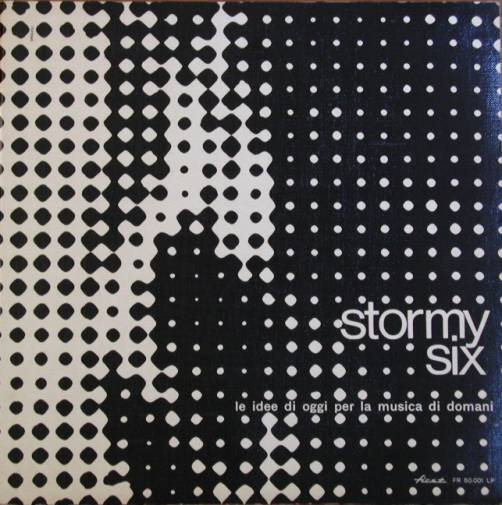 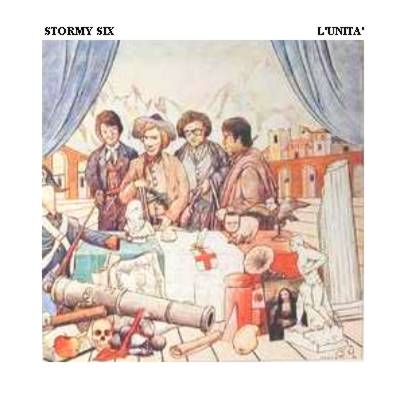 Stormy Six are perhaps better known for their involvement with Rock In Opposition in the late 70s and early 80s. Their later output such as Al Volo were interesting pop rock albums with an obvious experimental twist, yet Stormy Six were probably the most relatively mainstream of the RIO stable. These two albums were their beginnings – music far and away from anything remotely resembling "progressive rock" or "RIO." L'Idee di Oggi per la Musica Domani from 1969 included Claudio Rocchi and musically was very similar to Rocchi's Viaggio. Stormy Six seemed to embody the "hippie" ethic – song structures with a psychedelic sound, a fairly acoustic base, and spiritual / political lyrics. Most of the songs fall close to the folky Donovan style except for one or two tracks that are more psych / beat / rock and seem fairly out of place. In retrospect, it seems a very dated album.

L'Unità was from 1971, and Stormy Six had lost Rocchi and most of the psychedelic sound and production. Six's music here was a pop rock with political lyrics and a strong Crosby, Stills, and Nash influence – lots of vocal harmonies, acoustic guitar, and twee ditties. In fact some of the shorter tracks resemble mainstream Italian pop and are kind of hokey. I doubt many reading Exposé will find these albums along their tastes as both are very mainstream pop / rock albums. Psych fans might want to check out L'Idee...; I'm not sure who would like L'Unità.