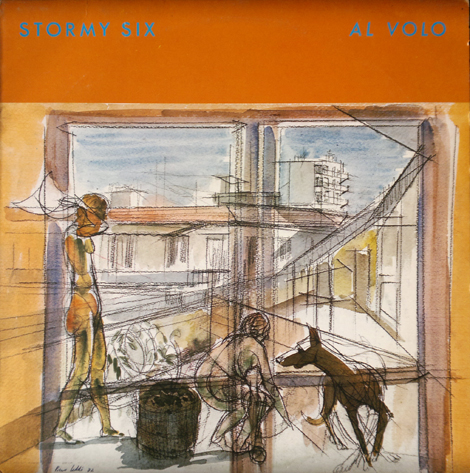 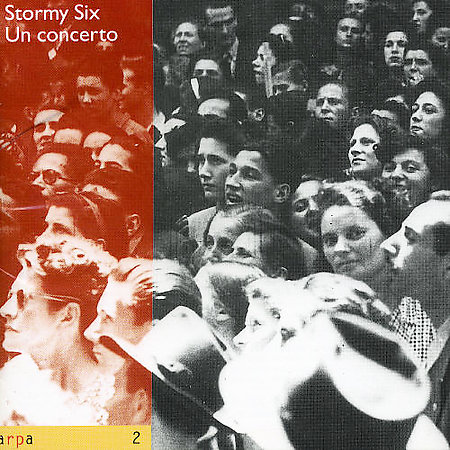 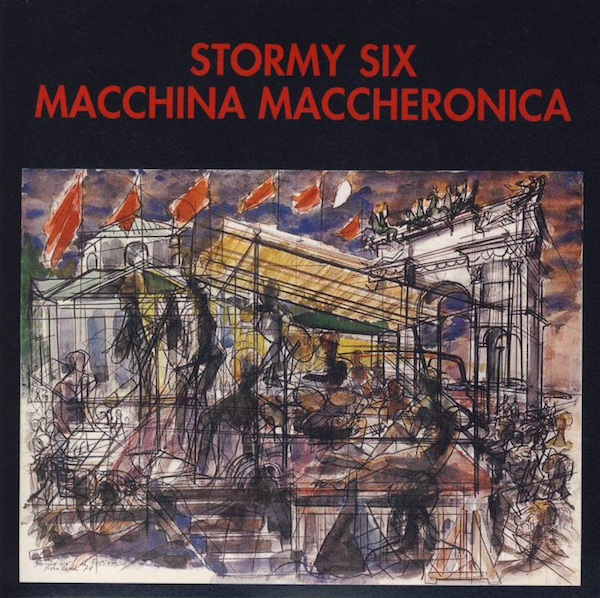 One hears the term Rock in Opposition quite often in music today. Many current bands are labeled with an "RIO" style. The Italian group Stormy Six is the basis for this style termed "RIO." First, a definition of "RIO" by Umberto Fiori, the lyricist / vocalist in Stormy Six:

The musics are open, fertile, syncretized, and share especially the spur towards innovation but also a taste for parody, for the absurd, for the use of contrasting elements, the presentation not of a music but of painfully disparate and empty musics, the attention towards the performance's visual aspect, towards "presence," strong communicative energy, use of unusual instruments for a rock band and the "estranged" use of more traditional elements as the drums or the electric guitar.

This is taken from the program notes of the first Rock in Opposition concert (1979) in Milan. This philosophy brought the beginning groups in this genre "RIO" together and has carried on to groups today. To quote once more, they were... "A cartel that gathered European musicians who shared a common orientation towards research, cooperation and total self management."

Henry Cow, Etron Fou, Samala Mammas Manna, Univers Zero, Picchio dal Pozzo, and Stormy Six shared the Rock in Opposition core. Leddi / Fabbri / Martini / Garau / Fiori of Stormy Six lead in this style of "contrasting elements" associated with the "RIO" groups of today such as Miriodor, Banda Elastica, and various others. Now with the release of their past albums one can clearly hear the band in the forefront of the Rock in Opposition genre.

Al Volo, the final studio album (and a great place to start) begins with "Non si sa dove stare," which has an almost New Wave sound (remember that term!?) mixed with "RIO." Tracks 2-6 move with an orchestral rock scenario with songs like "Ragionamenti." Onto complex avant-garde rock with "Parlole grosse" and "Denti." When the last song comes (a short 37 minutes) "Cosa danno," you'll find yourself repeating the whole disc one more time!

Now to my favorite, Macchina Maccheronica. This masterpiece is avant-garde RIO at its best! Complex improvisation woven with tight composition. This album adds Georgie Born on cello (later played with Henry Cow) and Leonardo Schiavone on woodwinds, which blends chamber music to the sound. On this disc one can clearly hear the relationship to the great Albert Marcœur (also with the RIO cartel), and even Stateside groups to elaborate on this genre are Cartoon / Trap and 5uu's / Motor Totemist Guild to name a few.

The live Un Concerto recorded digitally in 1993 and released in 1995 is quite a history lesson (musically and written) in the development of Stormy Six's sound. It starts off with Italian-folk music then blends orchestral progressive rock elements from their early works "Un Bigietto del Tram," "L'Apprendista," and "Cliche." Then, begins the most intense 20 minutes plus of the "RIO" genre from the next albums, Macchina Maccheronica and Al Volo. Staying in the true nature of Rock in Opposition philosophy they recorded this live show because their record label would not release the licensing-rights to re-release these albums on CD. What a band!!

Stormy Six is an exceptional ensemble of virtuosity with stunning Italian vocals and lyrics. These outstanding recordings clearly illustrate the musical paradox of the "power of simplicity" in complex compositions, with unique sound both studio and live. The only way to describe Stormy Six is "RIO" roots at its best! If "Rock in Opposition" music is your cup of tea these discs are a must. Highly Recommended!

Boiled in Lead - Alloy – I discovered Boiled in Lead with their second album, Hotheads (1986). I’ve always liked the combination of Celtic music and rock, and this band does it like no other — alternating, or even...  (1999) » Read more