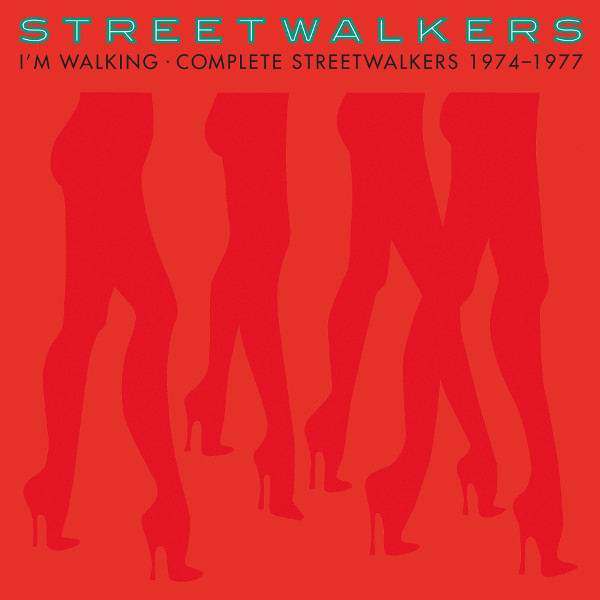 Out of the ashes of the Brit prog band Family arose the Streetwalkers. Ditching the quirky subtlety of Family, vocalist Roger Chapman and guitarist Charlie Whitney aimed for mainstream rock with a funky, hard rocking style. This gargantuan reissue box set contains 15 CDs (all five studio albums in mini LP gatefold sleeves, a 15-track BBC Sessions CD, three CDs of unreleased 1976 radio and bootleg recordings, two CDs of previously unreleased live recordings from 1977, two live releases (Ripping It up at the Rainbow and De Monfort), and two CD singles with non-album B-sides), a 92-page coffee table book with rare photos, four replica album cover beer mats, and a certificate of authenticity signed by both Roger Chapman and guitarist / vocalist Bobby Tench. The promo CD I received only contains five songs, four of them live. Not being at all familiar with the band, I really cannot comment on the entire set. The one studio track, “Systematic Stealth,” is a pleasant love ballad with very smooth vocals. And I have no idea what concerts were sampled for the other four live tracks. Suffice it to say that the Streetwalkers displayed more energy and emotion in their live performances than in the studio. In concert, Roger Chapman belted out the lyrics, many times sounding strained. His rough voice and vibrato is very similar to Comus’ Roger Wooten. The live songs are raucous rock ‘n roll, much like their US contemporaries the J. Geils Band. I am at a loss about whether or not to recommend you shelling out your hard earned money for a 15 CD set based on five songs, which is probably about 3% of the music in this collection. Perhaps if you were familiar with the band, the additional unreleased material would appeal. Personally, I would need to hear a lot more of the music to make the decision whether or not to buy.