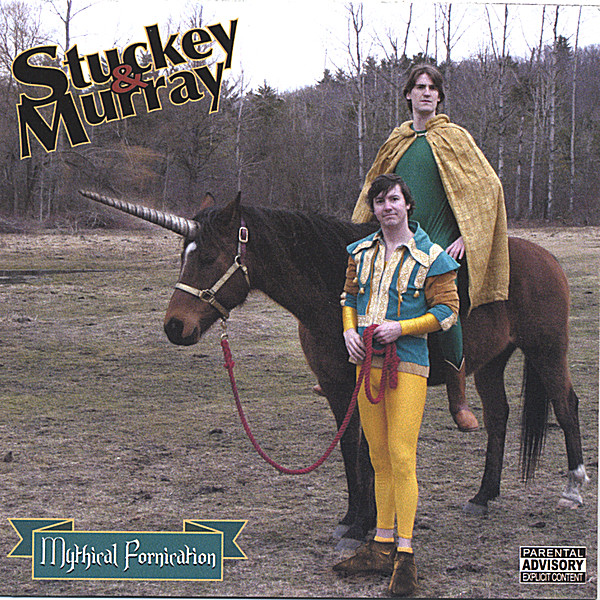 If you are easily offended, don’t appreciate sophomoric humor, are a sensitive 90s male or a socially conscious feminist, please don’t buy this CD. If you enjoy bawdy humor (okay, beyond bawdy — seriously rude) and aren’t easily offended, step on up! From the cover art to the subjects of their songs, Stuckey & Murray have a wicked sense of humor. Their style runs from folk music to rock to country, but don’t let that put you off — S&M delight in the perverse, and they are great at giving advice. Do you suffer the indignity of awkward silences? Are you attracted to grandmotherly women? Does your cussing vocabulary need enhancing? S&M are here to help. Are your pick-up lines getting a bit worn? Every bad pick-up line on the planet is included to guarantee you never have success hooking up again, and the rock ballad approach is so 80s you may start hankering for out-of-control spiral perms and spandex. That’s only half of what’s contained on the disc, and I haven’t even mentioned “Unicorn in C Major” — or the ukelele. These guys push the parameters of taste until they break, all with a tight musical backing and solid vocals. The parental advisory on the cover just scratches the surface of what the CD contains; this is so politically incorrect it’s surely on someone’s ban list, and for that reason alone it should be celebrated by everyone with the intestinal fortitude to listen and giggle and guffaw helplessly. It worked for me.