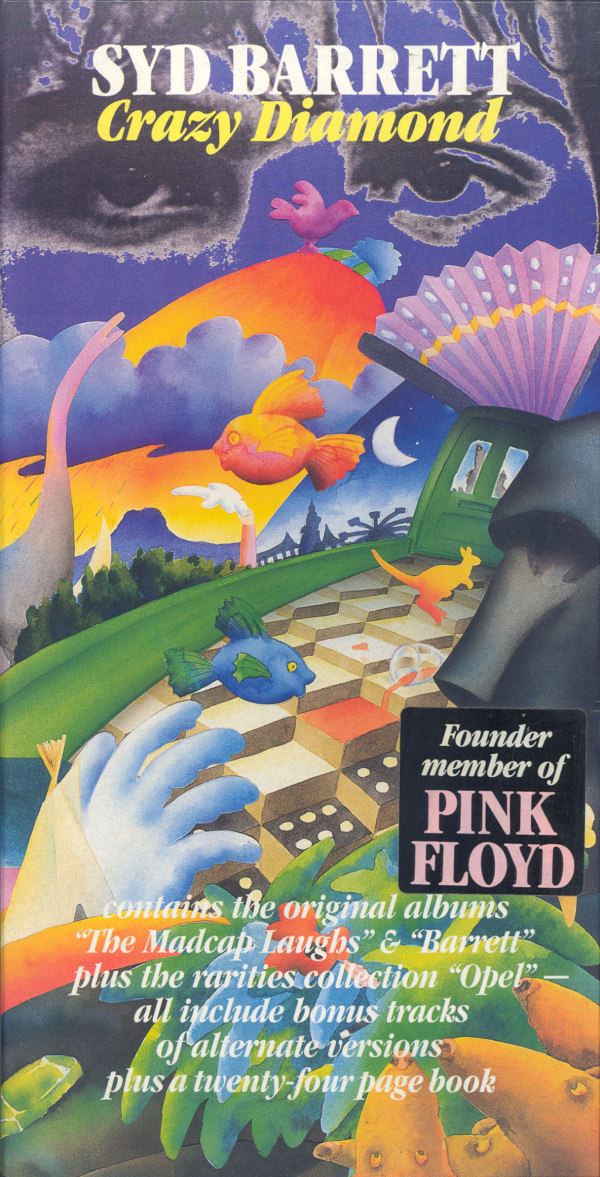 With the exception of some live sessions recorded for the John Peel show, this 3CD box set purportedly contains all of the surviving post-Pink Floyd recordings of their one time bandleader Syd Barrett. Syd's story by now should be a familiar one to many, the bright star of the early band who wrote nearly all of their material, played guitar and sang; whose fondness for chemicals led to a gradual unpredictability, a cancelled US tour, an inability to perform live, and ultimately to the recruitment of David Gilmour to cover Syd as second guitarist. The last straw, however, came during the early sessions for the second album when Syd recruited part of a marching band to join Floyd (as evidenced by the two tracks "Jugband Blues" and "Corporal Clegg"). Syd and his buddies in the marching band were out, and Floyd would carry on from that day forward as a four-piece without him.

This set contains three discs, the first two which contain Barrett's two solo albums from 1970, The Madcap Laughs and Barrett, featuring, for the most part, a stark, stripped down sound, very unlike that of his former band. Some of the tracks on the former consist only of acoustic guitar and vocals, often painfully tortured sounding ("She Took a Long Cold Look," "If It's in You") while others ("No Good Trying," "Octopus," "Golden Hair") have a more lush production and feature guesting by members of Gilmour's pre-Floyd band Joker's Wild, and the then-current lineup of Soft Machine.

The second album, although overall a bit more even, seemed somewhat less inspired than the first. The third disc in the set (Opel), originally released in the late 80s, consisted of outtakes from the sessions for the first two and aborted sessions for a third album. There is some surprisingly interesting material here: a new version of "Dark Globe," "Birdy Hop," "Word Song," and others, most of which had been circulating through the years as bootlegs or semi-legitimate 7" releases. All of these, though, bear little resemblance to early Floyd, save their eccentricity. Overall, as a solo artist, Barrett's output could be considered uneven and rough at best, with many shining moments, but not enough to make any of these albums more than curiosities for those interested in his unique perspective.

For the box set, each of the three discs has a handful of bonus tracks, consisting of alternate takes of the original tracks — again, interesting material, but not essential. The box contains a 24 page booklet offering photos, a history, lyrics for some of the songs, and exhaustive details of all the recording sessions (and a few tracks that were not included here).