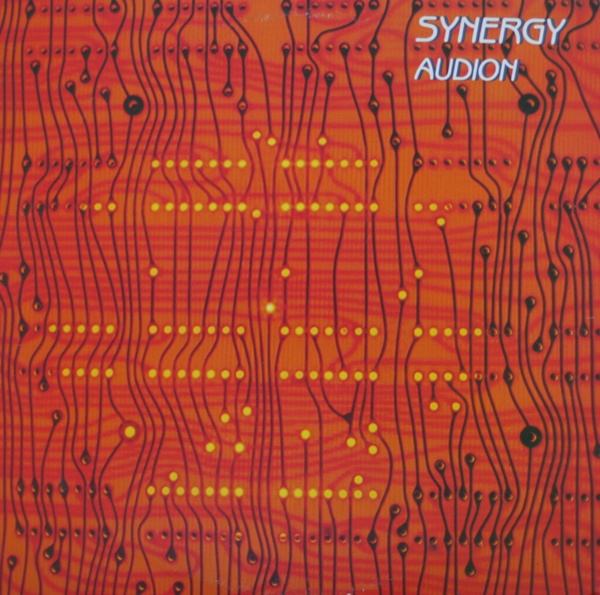 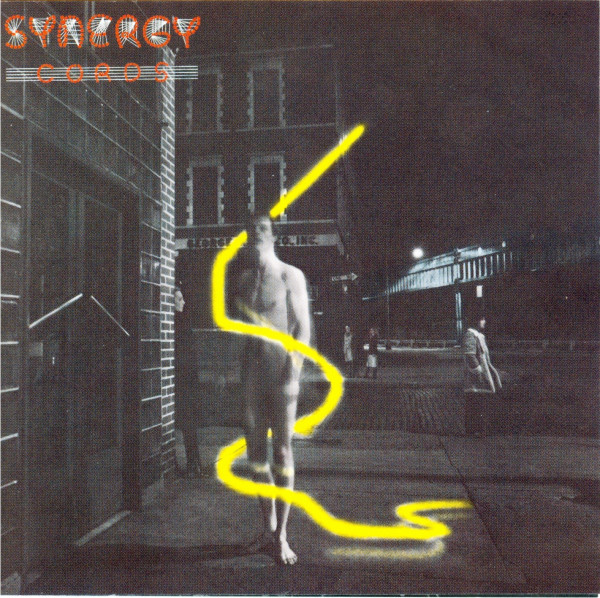 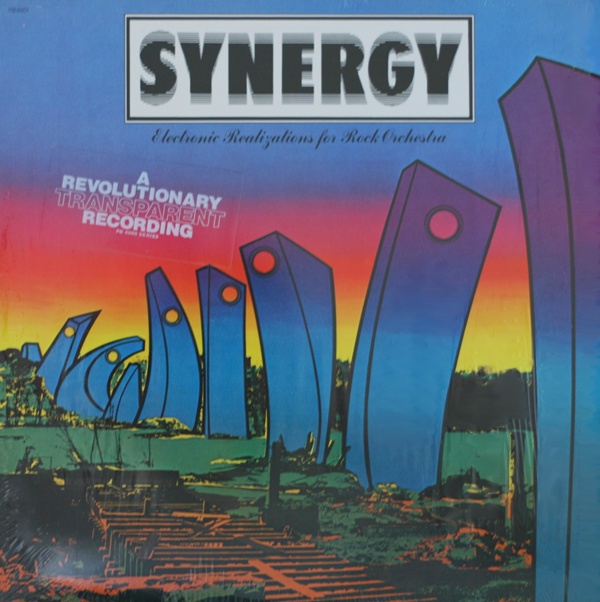 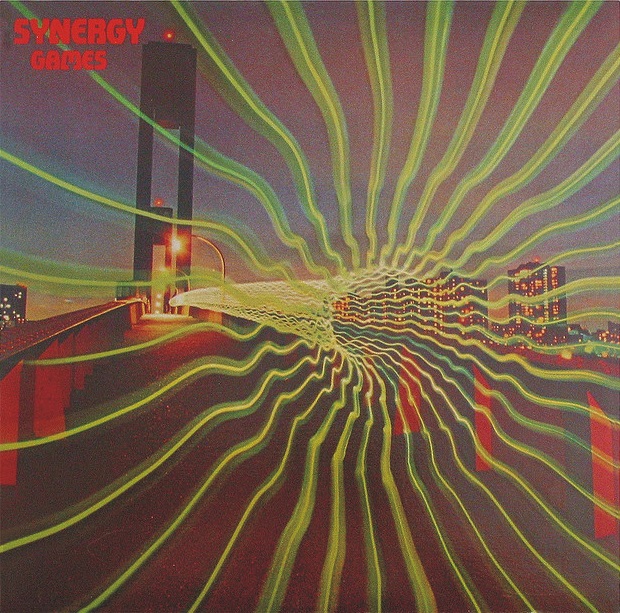 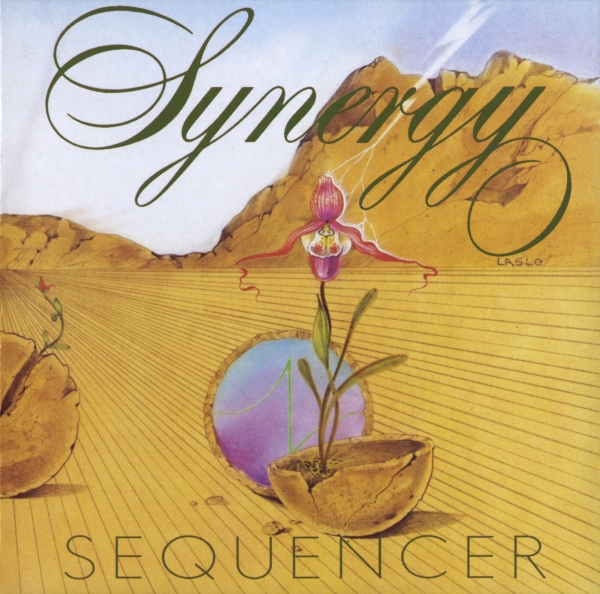 Synergy is, of course the name of the ongoing electronic music project of keyboardist / engineer / producer Larry Fast, also known for his work with Peter Gabriel, Nektar, and numerous other bands and artists in the mainstream music field, as well as the soundtracks for a dozen or more movies. He is a true innovator and pioneer, and his career has born that out. By now probably everyone is familiar with the story of the demise of Jem Records and their subsidiary Passport and the legal mess that it left behind, including a number of artists whose rights to their releases are tied up in contracts with the now bankrupt company. All of these Synergy albums (as well as a few more that haven’t been reissued yet) were very briefly available in the mid-to-late 80s before that label went down in smoke, but finding copies of these is was not an easy task. A few years ago, Fast’s own company Third Contact began buying back the rights to these and reissuing them privately. In early ‘98 the first three were licensed to Polygram’s Chronicles subsidiary, and over the summer number four and five were released as well, and by the time this reaches print the 2CD best-of compilation titled Semiconductor will be out as well.

In an overall sense, what differentiated the Synergy albums from the other prominent and popular electronic artists of the 70s — Vangelis, Tangerine Dream, Klaus Schulze, Jarre and the like — besides a continent and almost a thousand years of classical european culture, was that Fast was indeed trying to produce a form of rock music, whereas the others generally remained in previously established electronic ‘spacy’ realms. Of course it would be ignorant to presume that classical and orchestral music weren’t a big part of Fast’s musical and conceptual palette as well. It is everywhere, as a quick listen to cover tunes on the first two albums (Richard Rodgers “Slaughter on Tenth Avenue” or Dvorak’s “Largo” from the New World Symphony) or in fact almost the entire Audion album will quickly point out. But still at the core of Fast’s Synergy vision is good old progressive rock. One can easily imagine how all the parts of tracks like “Synergy,” “Relay Breakdown,” or even “Legacy” (all from the debut album) would sound like performed by one of the prominent progressive rock bands of the day with electric and acoustic guitars, basses, real drums and keyboards — which brings the listener to another dilemma: Do we accept the arrangements as they are in a purely synthesizer based electronic form, or think of each piece as sort of a demo for some fully fleshed out progressive rock epic that could have been? In fact this is what separates the first two albums. The debut features very lush, dense and innovative textures that are extremely warm and satisfying just as they are, whereas several titles on Sequencer often leave this listener thinking of the rock band that could have done it better. Fortunately, the second album is redeemed by three excellent cover versions — the aforementioned “Largo,” Mason William’s “Classical Gas,” and Paul Winter’s powerful epic “Icarus.”

With Cords, the concept began to change to a darker, heavier, more experimental vision. This was coincidentally from the period when Fast was working and touring with Peter Gabriel. This writer recalls Fast opening the Gabriel live show in ‘77 with the breathtaking “On Presuming to Be Modern” and then launching directly into “On the Air.” The album marks two firsts in the Synergy canon: collaboration — with guitar-synthesist Pete Sobel on several the album’s tracks — and the use of a guitar synthesizer itself (notes on the earlier albums would state “...and nobody played guitar”). Both of these elements as well as a more adventurous rock based edge make it unique among Synergy releases: tracks like “Terra Incognita,” “Disruption in World Communications,” and the overtly rhythmic “Phobos and Deimos Go to Mars” can be found on no other Synergy album, and for all these reasons Cords is for many the best of the bunch. The follow-up album, Games, is by contrast somewhat of a mixed bag: the opener “Delta Two” could almost be something left over from the first album, while the tense and incisive “Delta Four” could almost be something left over from Cords, until it releases into an ambient tape-loop fest after about four minutes. Very nice. “Delta One” on the other hand is as close as any Synergy track has ever gotten to a mainstream pop sound, with its very catchy repeating melody line and its almost disco beat. It’s also the only track on any of these albums where these ears can detect a remix from the original LP version to the remastered CD. The remainder of “Games” is a sidelong multi-sectional piece that goes where no Synergy track had gone before — very forward looking and experimental, and while some parts of it work better than others, the seeds of many good ideas are planted here that found fruition on later releases. Which brings us to Audion, the fifth Synergy album and the last album of all new material until the late 80s. It could easily be considered a summation of all that had been accomplished with the previous four, yet it carries those ideals forward into a new, more mature spirit: Symphonic progressive rock at its electronic finest. There are no attempts here to re-mine past glories — though one will hear occasional stylistic references, the keyword here is symphonic, and to that end Audion is the most successful of the bunch. Plenty of new territory is covered here: songs like the haunting “Ancestors,” the simple yet melodically effective “Electric Blue,” the magnificently symphonic “Falcons and Eagles,” and the delicate yet rhythmic “Shibolet” (the latter sounding a bit like Dead Can Dance a decade later) are some of the best moments the Synergy catalog has to offer. The bombastic closer “An End to History” sums up the first five albums nicely. Whatever technological limitations that might have existed at the time of the early albums are certainly nonexistent at this stage.

In summary, there’s a lot of fine pioneering electronic music here, as well as a lot of cutting edge invention from a time long before the ascent of the modern synthesizer, sampler and sequencer. All five albums have something to recommend them, and though Audion and Cords are this writer's personal favorites, Electronic Realizations should be rated just as highly. Games is good also, but not as cohesive as an album, while Sequencer suffers from a few weaker tunes. Stick with the odd numbered albums for starters and you can’t go wrong.