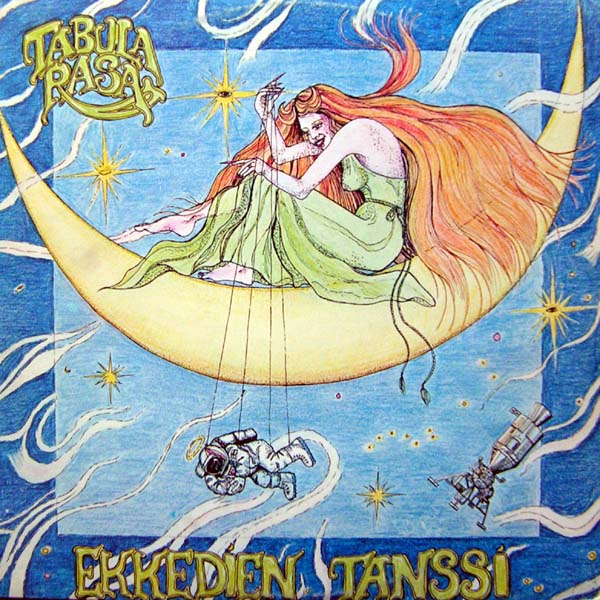 Ekkedien Tanssi was the second album by this Finnish five-piece who created a type of mellow, melodic prog not unlike the music of Camel. Indeed, this album is comparable in both style and quality to Camel's Moonmadness or Rain Dances. The instrumentation here includes guitar, keyboards, bass, drums, and vocals; a pretty standard lineup and that's exactly how it is used. There is some nice multi-tracked acoustic guitar along with the more aggressive, bluesy electric guitar which serves as the main melodic instrument. The keyboards stay in the background for the most part, serving up organ and string-synth pads along with piano and electric piano backing. The bass anchors the chord changes, the drummer keeps time, and the vocalist is there, singing in Finnish; nothing spectacular, yet nothing distracting either. So basically there is nothing terribly original, complex, virtuosic, or flashy to be found here, but nevertheless the music is quite good and strong enough so as not to be at all boring, save for one or two rather unengaging tunes. There are nine tracks, all pretty much in the 5-6 minute range, and the mood remains fairly mellow and laid back throughout. There is the occasional guitar solo, but for the most part the playing will remind one of Andy Latimer or maybe some Steve Hackett, utilizing melodic leads rather than blistering solos. Fans of mid-period Camel or other melodic prog groups would probably enjoy this very much, while those who seek highly intricate music might want to take a listen to Tabula Rasa before putting down the money to get this; Ekkedien Tanssi is only available as a import pressing and therefore will probably cost you in the mid-$20s.

Peter Frohmader - 2001 – Pounding beats, throbbing bass, swirling electronics. Is this latest acid house, acid techno, electro-techno (whatever label you choose) sensation from Germany? No, surprisingly it is a foray into...  (2001) » Read more