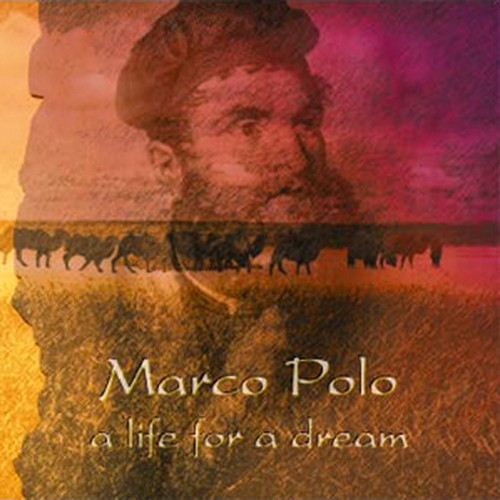 For his fourth concept album, French sysnthesist Jean-Luc Hervé Berthelot turns his attention from outer space to Earthly history, presenting almost an hour of music inspired by the story of the famous merchant explorer. Since the music is all instrumental, however, it could be inspired by a Sahara sunset or even a pet iguana and not make a difference except to the person designing the cover art. There are a few musical touches that indicate the setting, like sampled sitar and wooden flute, but synthesizers provide the bulk of the sound, which is generally sparse and nearly lacking tempo. The production, which can make or break a recording this subtle, is excellent, with a pristine sound that seems to expand for miles. Berthelot seems to be quite adamant about the methods he uses to produce his music. The liner notes clearly proclaim that no sequencing was used on the project and all sounds were recorded in real time. My personal philosophy on this has always been that if the listener can't tell, it doesn't matter. I'm willing to accept it either way — it's the result that counts. One night I sat listening to this disc and reading the latest installment of Robert Silverberg's Majipoor science fiction epic, and found the music to be a perfect compliment to the exotic setting of the story. Under other circumstances, I've found the long sweeping chords, echoing textures, and wandering lack of energy to be quite annoying. For me at least, this music is great when I'm in the mood for it, but intolerable at other times.