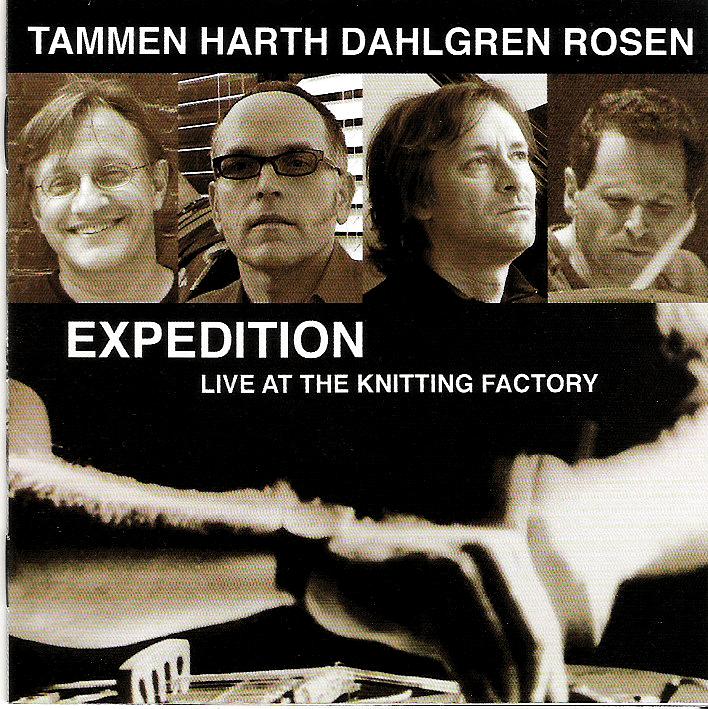 The artist alone decides what music appears on their ESP Disk, and yet such is the nature of music, marketing, labels, and categorization that you and I can have fair idea what music they are going to choose. Expedition is nearly an hour of reasonably noisy improvised avant-jazz, let's say two "machine guns" on a scale of five, featuring a quartet of "endangered" guitar, tenor sax/bass clarinet, bass/electronics, and drums. These musicians are a bit less known than the luminaries of avant- and free-jazz, but they have been influenced by and played with some of the best, names like Sharrock, Brötzmann, Zorn, Braxton, and William Parker to name a few. The music can get pretty urgent and dangerous with the squonks and fury we have grown used to from this genre, settling into moments of relative calm in which the electronics are the focus against ominous long notes from the others. Drummer Jay Rosen is a linchpin, providing the power needed by the former sections and the atmosphere called for in the latter. When a familiar theme emerges from the melee I can only smile and think of Albert Ayler. There's no point worrying about one track vs. another since the entire performance flows together and is best enjoyed in its entirety. An engaging listening experience.

Chris Cutler & Fred Frith - 2 Gentlemen in Verona – I have a tremendous amount of respect for both guitarist Fred Frith and percussionist Chris Cutler. They have both been involved in some tremendous music that dates from the Henry Cow days to Massacre...  (2001) » Read more